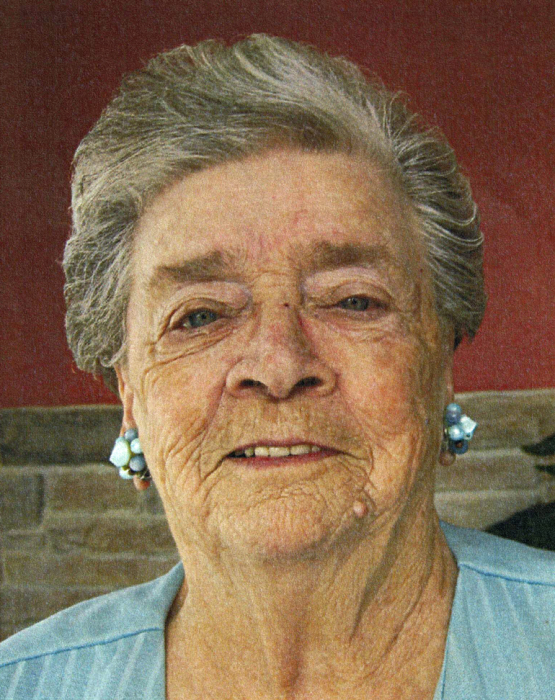 Agnes was born June 9, 1927 to Patrick A. Jamison and Ethel Joines of Greenville, Greenville, County, and South Carolina. She grew up in Greenville with three Brothers and four Sisters. In the Spring of 1943, she met the Handsome U.S. Army Sergeant, George Van Kalsbeek of Rochester, New York. They were married December 31, 1943 at Grove Station in Chester, South Carolina.

Shortly after WW2 in 1945, they moved to Bellflower, California where they had a Son Richard Van Kalsbeek of Bullhead City, Arizona and Daughter Carol Masner of Holden, Utah. She was the Manager of the cafeteria at Redlands Jr High School until she retired. In 1980, they followed their Daughter Carol Masner to Holden, Utah and then to later to Fillmore, Utah. While living in Millard County, she was the Cafeteria Manager at the Fillmore Middle School and at the Fillmore Hospital for a number of years.

She went home to Heavenly Father and reunited with Family on March 5th, 2019 after spending 91 years on this Earth. She is a Great Lady and will be missed.

A Viewing will be held Sunday, March 10, 2019 from 6:00 to 8:00 PM at Olpin Stevens Funeral Home in Fillmore, Utah.  A Graveside will be held Monday, March 11, 2019 at 1:00 PM in the Holden Town Cemetery.  Online condolences can be offered at www.olpinstevensfuneralhome.com.

To order memorial trees or send flowers to the family in memory of Agnes "Lucille" Van Kalsbeek, please visit our flower store.