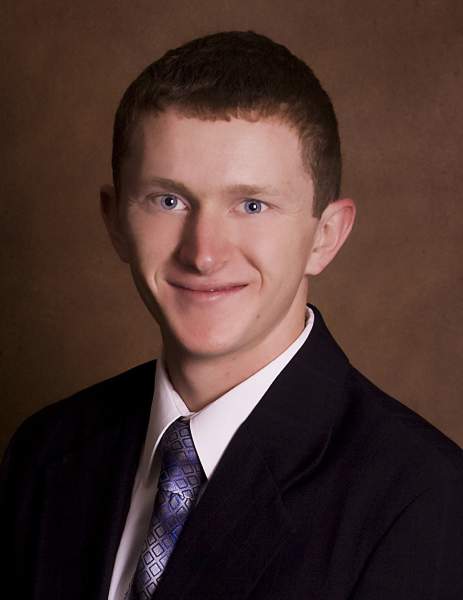 Alex James Anderson, 22, passed away on Monday, March 9, 2015 from a brain aneurysm due to endocarditis. He was born on September 25, 1992 in Fillmore, Utah to LaDon J Anderson and Janet Carol Alexander Anderson. Alex was the youngest of four children, and loved his siblings and parents with a love that was expressed through his deeds.

Alex grew up in Flowell. He graduated from Millard High School where he loved playing sports-especially basketball, football, and soccer. Alex learned many life lessons from playing sports: to work hard, to be tough, and to dig deep. He gained many friends through his high school years and had a great respect for all of his coaches. In 2005 Alex received his Eagle Scout Award. Alex represented Millard High school as their Business and Marketing Sterling Scholar in 2011.

He loved to hunt and fish and spent many hours enjoying the beauty around him. This love of the outdoors led him to firefighting last summer, and on many adventures around the western United States. He enjoyed the relationships and friendships he gained through the BLM and was excited to start fire season again this summer. He was attending Utah Valley University and was pursuing a degree in Electrical Engineering.

He was a member of the Church of Jesus Christ of Latter-Day Saints where he served faithfully throughout his life. He had a strong testimony of the Savior and strived to live a life of example and faith. Alex served in the Washington D.C. South mission from 2011 to 2013. He often talked about the amazing people he had met, and how they had changed his life.

He is survived by his parents, LaDon and Janet of Flowell; Siblings: Vanessa Uffens of Flowell; Mike and Amber Anderson of Eagle Mountain; Joseph Anderson of Provo. Alex also leaves behind four nieces that adored their uncle Al.

He was loved by everyone who had the pleasure of meeting him and will be greatly missed by all who knew him.

Friends may call at the Flowell Ward Chapel on Saturday morning from 10:00 to 11:30 a.m. Funeral services will be held on Saturday, March 14th at 12:00 in the Flowell Ward Chapel, 4200 West 500 North (Actually considered Fillmore). Interment will be at the Fillmore Cemetery under the care of Olpin Stevens Funeral Home. Online condolences can be expressed at www.olpinstevensfuneralhome.com

To order memorial trees or send flowers to the family in memory of Alex James Anderson, please visit our flower store.