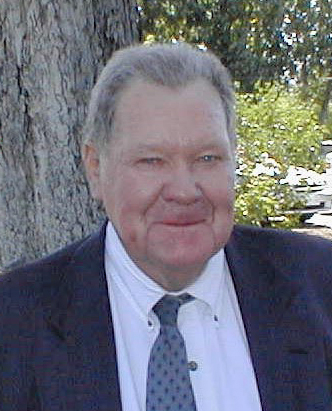 Ancil Alison Robison returned peacefully to the loving arms of our Heavenly Father at age 88, on May 22, 2020 at his home in Fillmore, Utah.

He was born January 30, 1932 to Ancil Platte and Sarah Eva Stott Robison in Meadow, Utah at his Grandma and Grandpa Stott’s home.  He was the second of eight children, and a resident of Fillmore for all his life.  In fact, the only time he left was to take a family member to a medical appointment or family events, such as a baptism or missionary farewell.  We always teased him that he had to get home to his farm to feed the cows.

Alison lost his father at a young age. He felt the need to follow in his father’s footsteps by caring for his mother and siblings.  He always said that it was his mission in life.

Alison graduated from Millard High School in 1951.  He was inducted into the 24th Infantry Regiment on October 21, 1952.  He was then transferred to the Army Reserves on October 30, 1954.  Alison served in the Korean War between the years of 1952-1954.  While in Korea, he earned the Army Good Conduct Medal for exemplary service.  He told his family that he served as a cook during the Korean War, when, in fact, he was responsible for trading prisoners behind enemy lines.  After his time in Korea, Alison was Honorably Discharged from the Army on November 2, 1960.  He continued his education in farming and received a Master Farming Diploma in 1971.  He loved serving others and volunteering his time to anyone in need.  He continued to serve his community as a City Councilman for 12 years and even stepped in as Mayor for 3 months during that time.

He married the love of his life, Gladys Decker, November 2, 1956.  They were sealed in the Salt Lake Temple by Apostle Harold B. Lee.  He remained a faithful member of the Church of Jesus Christ of Latter Day Saints.  He had a love for the scouting program.  He was an Eagle Scout himself and continued to support the Boy Scouts of America throughout his life.  His church callings included: Assistant Scout Master, Elders Quorum Counselor and Quorum President, High Councilman, Sunday School Superintendent, Cub Scout Committee Financial Chairman, and his favorite, a Home Teacher.

He will be greatly missed by those who loved him.  He touched so many lives in his gentle caring ways.

His family would like to give special thanks to his nurses and aides: Shauna Nelson, Jacqui Barney, Kristi Penney, Alexis Taylor, and Connie Lancaster.  They would also like to thank Fillmore 1st Ward Relief Society, Charlie Brown and Doug Jenkins.  They not only gave their time, but great care and comfort to our father, while also caring for our mother’s needs.

A Link to the live stream of the funeral will be posted on the mortuary website and Facebook page for those that are unable to attend due to the social distancing restrictions still in place.

To order memorial trees or send flowers to the family in memory of Ancil Alison Robison, please visit our flower store.