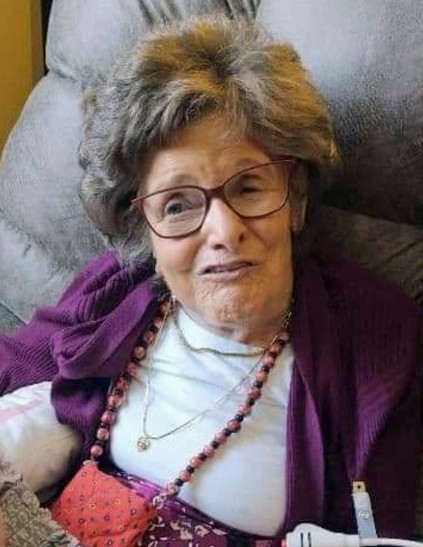 Ann Lee Black Roper was born to Martha Mae and Paul James Black on April 18, 1939 in Blanding, Utah. Ann was the seventh of nine children: Dorman, Allie, Keith, Carolyn (passed away as a baby), Paul, Jim, Johnnie, and Jessie. They were a large typical Mormon family in a small Mormon town.

Mom had a very happy childhood. They were a busy family. Her father owned several gas stations, an oil transport business, a hotel, and a café.  The children were expected to help out whenever they could, especially at home. Ann’s mother ran the café and was a homemaker along with her church responsibilities. Ann and her siblings loved the café and sneaking free candy, treats, and ice cream. Ice cream cones were the big new thing. Ann, Jessie, and Johnnie considered themselves the three musketeers and spent their childhood together getting into mischief and having fun. The movie theater was right next door and their mother had bought them a year pass to keep them busy and out of her hair. Mom enjoyed going to Kayenta with her dad where he had a station.  She got to meet John Wayne and several other movie stars of the time.

The family later moved into a large comfortable home with spacious yard and garden spots. They were one of the first families to own a car in Blanding. Later her fourteen year old brother, Johnnie, was killed in a truck accident on a scouting trip between Bluff and Blanding. This left a big hole in Mom’s and the families’ heart.

Around this time Mom met Loyd the new young man in town.  He was in Blanding working on an oil rig.  He was just seventeen years old.  She was quite taken with him as he was ruggedly handsome! Dad said he fell in love with her at first sight.  They married a short time later and went to Oklahoma with Dad’s job.

Their first child Debbie was born in Oklahoma. A couple of years later Lyle, Wes, Diane, and Scott followed. They lived in Vernal, Ut for a time and later moved back to Blanding where Dad got a contract running the Blanding airport and flying commercial flights. Ann was kept busy helping run the airport and raising five children. She was a spotless housekeeper and wonderful cook. She almost always had home baked treats for us kids after school.  She also loved her callings in the church with the primary and relief society.

After the children were nearly raised, Ann and Loyd moved to Cascade, Id and then Vale, Or and finally settling in Payette, Id. Dad had a contract flying helicopter for the government. Mom helped raise three more children: Jennifer, Jeffrey, and Monte.  They were the joy of her life. She just loved being a homemaker and spending time with her children and grandchildren whenever possible.  Ann had 29 grandchildren and many greats.  They all adored her.

Later in life Ann developed scoliosis of the spine and had to be confined to a wheelchair.  She never complained or felt sorry for herself. In June 2019, her daughter Debbie brought her to the Millard Care Center where she lived the last year of her life. She made so many friends and was happy there. Loyd also came to the care center, and they spent the last six months together. Having Dad with her was a great comfort to mom. He passed away six weeks prior to her death; they sure didn’t want to be apart.  They were happily married for 64 years.

Now she is free of her crippled, tiny body and able to walk freely. We are thrilled to think of that! We will miss you terribly Mom. Your cute smile, darling sense of humor, and sweet spirit. But we know you are having a joyous reunion with Dad and all your family.

To order memorial trees or send flowers to the family in memory of Ann Lee Roper, please visit our flower store.