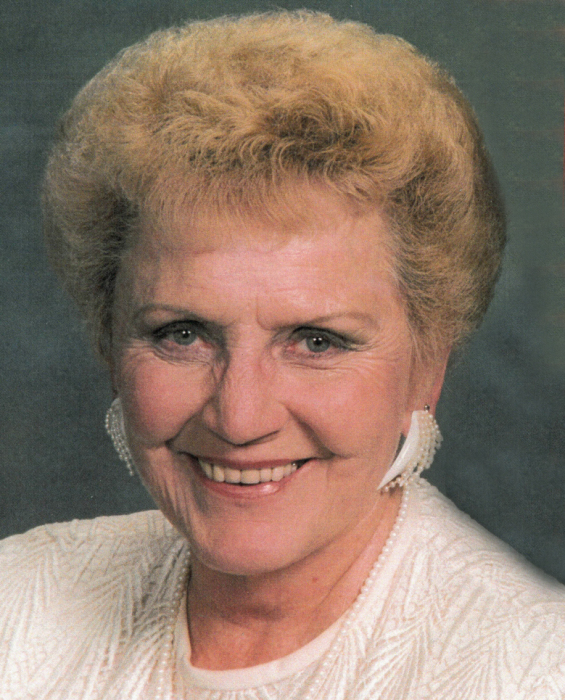 June was raised in Kanosh and moved to Fillmore. She attended hair styling school in Salt Lake City, where she met a handsome US Army soldier. She married Lyle Laverne Farnsworth in San Francisco on September 29, 1942. They eventually moved to Southern California where they raised their family. She worked as a hair stylist from home.

She loved big band music, especially jazz because her brother Marvin played for Jimmy Dorsey. She loved to dance and was an avid crafter. Loved ones were often the recipients of beautiful needle work and ceramic pieces. She was an active member of the LDS Church. She served in many callings, including Den Mother for the Cub Scouts.

After Lyle’s passing, some years later… she married Al Childers. To some they were the King and Queen of the ballroom. She was heart broken when Al passed suddenly.  In 1997 she married an orchestra leader, Wilson Bridges, and enjoyed travelling to jazz festivals all over the country with him until his passing in 2008, after which she moved to St. George, Utah

To order memorial trees or send flowers to the family in memory of Augusta June Farnsworth, please visit our flower store.