Heaven welcomed another angel into its presence. Betty Mc Daniel Whitaker, age 94, passed away August 7, 2019, in Washington, Utah from natural causes. She was born on April 9, 1925, in Salt Lake City, Utah to Mark Clinton McDaniel and Alice Castleton McDaniel.

Betty was the youngest of five children, being born five minutes later than her identical mirror image twin, Beverly. She grew up in the Avenues of Salt Lake City and graduated from South High School. Betty was quite athletic in her youth and enjoyed sports, swimming in the Great Salt Lake, and dancing at The Great Saltair. She worked as a secretary at a machine shop where she met her husband, Charles Orville Whitaker, who was in Navy training for the military. Betty anxiously awaited his letters while Charles was serving in WW II in undisclosed locations. They married civilly on July 31, 1945, and were sealed in the Manti Utah Temple, two weeks later, August 14, 1945. Bells were ringing after their marriage and they thought the town was celebrating for them. It turns out that an official announcement of Japan’s unconditional surrender to the Allies was made public to end WW II.

Betty and Charles raised seven children teaching them important values. Five were born in Kanosh, Utah, where they resided until 1960. They moved to a farm in Fallon, Nevada, where their two youngest children were born. Betty was active in The Church of Jesus Christ of Latter Day Saints, faithfully fulfilling her callings, most of which were music related. She was a quiet and steady strength to her family to choose the right. She was an obedient daughter of God, who endured many health trials, and consistently remained strong in her love of God and Christ. Betty served three missions with her husband: Silver Springs, NV (reactivation), Hawaii (family history)/ San Diego (temple open house/ activation) and San Antonio Texas (proselyting). Playing the piano and singing were Betty’s musical talents. She always had uplifting music playing in her home when she wasn’t playing and singing on her own. She enjoyed riding her bike until age 84. She was very conscientious of her physical appearance and health. She was a sweet and loving lady that never wanted to offend anyone. In 2005, Betty and Charles sold their farm in Fallon and returned to Kanosh. When Charles died in 2013, they had been married for 68 years. Betty served her husband and family well.

Funeral services will be held Saturday, August 17, 2019, at 11:00 a.m. in the Kanosh Ward Chapel. There will be a viewing prior to the funeral that morning from 9:30-10:30 a.m. Interment will be at the Kanosh Cemetery, under the care of Olpin Stevens Funeral Home. Online condolences can be expressed at www.olpinstevensfuneralhome.com.

To plant memorial trees or send flowers to the family in memory of Betty Whitaker, please visit our flower store.

Friends and Family uploaded 365 to the gallery. 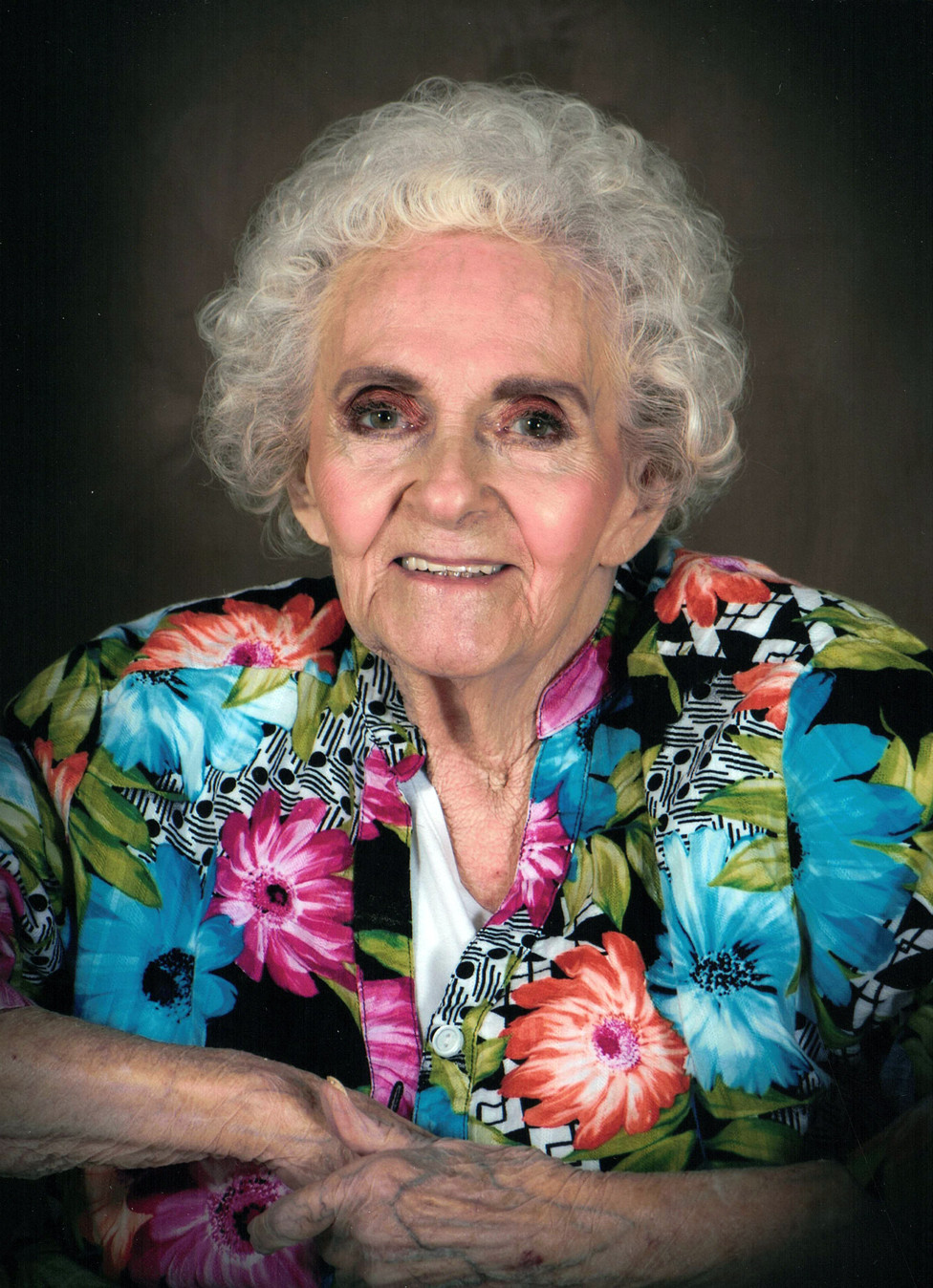