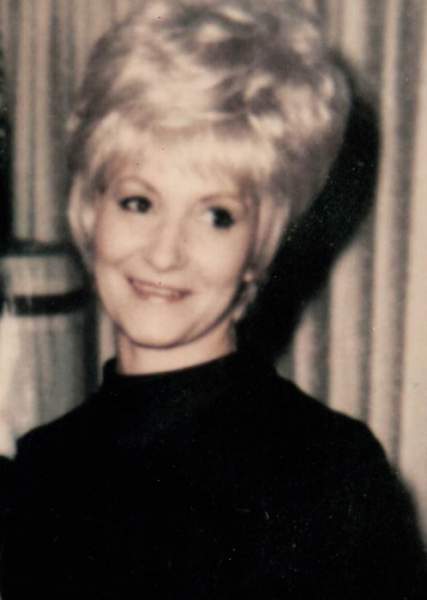 Our beautiful mom (grandma, sister, and friend) Bonnie Singleton passed away peacefully in her sleep on Thursday November 16, 2017. She came into this world into the loving arms of her parents, Max and Grace Elmer on March 18, 1934 in Payson, Utah. She was the firstborn of 5 children.

Bonnie grew up in Payson, Utah and graduated there. She took some classes at the Trade Tech (now UVU). She was employed at Taylor's Department Store for many years and loved it there.

In 1984 Bonnie had a terrible accident that caused her to lose her short term memory. She was never the same after that.  In better years Bonnie had a great personality and was fun to be with. She kept a spotless home and always looked like a million bucks. She loved her family and enjoyed what time she spent with them. Her caregivers loved talking to her and taking care of her. Our thanks go out to the Beehive Home and The Ashford Assisted Living.

She leaves behind 2 of her children, Bob and Shari, Jared-Rick's son whom she helped raise, 21 grandchildren and 27 great grandchildren, 2 sisters: Merlene (John) Chasel St. George, Vonda Bouchard South Weber. Preceding her in death are her parents, brothers Richard and Dan Elmer and her husbands and many nieces and nephews and cousins.

There will be a graveside service at the Spanish Fork cemetery Tuesday November 21, at 1:00.p.m. Online condolences can be offered at www.olpinstevensfuneralhome.com

To order memorial trees or send flowers to the family in memory of Bonnie Joy Singleton, please visit our flower store.