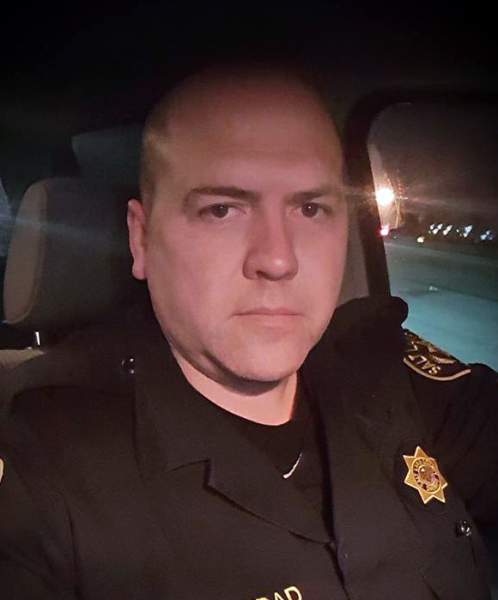 We are saddened at the passing of Chad Elwood Conrad, our son, brother, father and friend. Chad passed away Friday March 24th, 2017 at the age of 42 in Leland, Utah.

Chad was born March 29th, 1974 in Payson, Utah to Carl Elwood Conrad & Susan Christiansen Conrad.  Chad grew up in Leland, Utah and was very proud of being from there. He was a very loving, inquisitive child and loved to tease. He graduated from Spanish Fork High School in 1992 and from there started a new chapter in his life.

Chad joined the Sheriffs department in 2001 as a Deputy Sheriff and was later promoted to Sergeant. "Connie" as he was called by his work family was well respected and always retained a professional, yet humorous relationship with his fellow officers and inmates.

Chad especially loved his children they were his everything. He was very active in attending all of their events, sports, gymnastics etc. Chad loved his family and was always with them when he had the chance which included many trips up to the family cabin.

Chad was great at making videos of the family as well as short movies, stories, and even a commercial.  He was very proud about submitting the commercial for Doritos Super Bowl competition. He loved his hobby of rebuilding automobiles.  He started rebuilding his Jeep when he was just 14 and also re-built a General Lee later in life. Chad won several awards, but never fenced his cars off. He always felt he built them for everyone & was happy to let everybody interact with them.

We will miss Chad's big smile, sense of humor and his unique laugh.  We love you Chadder Box.

Funeral Services will be held Friday March 31, 2017 at 2:00 PM in the Spanish Fork West Stake Center,( 575 W 400 N Spanish Fork, UT).  Friends and family may call from 10:30am-1:30pm.  Interment will be at Spanish Fork City Cemetery under the care of Olpin Stevens Funeral Home. A full obituary and a place to send condolences to the family may be found at www.olpinstevensfuneralhome.com

After the Grave Side Services there will be a luncheon and open mic for friends and family to celebrate the life of Chad aka "Connie".

To order memorial trees or send flowers to the family in memory of Chad Elwood Conrad, please visit our flower store.