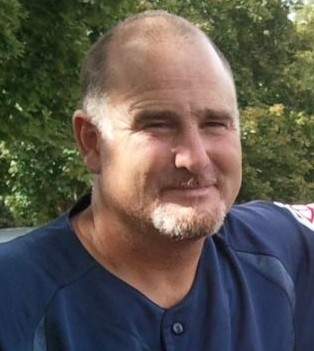 Christopher Alan Boyack passed away on May 4th, 2022 in Provo Utah at the age of 56. He was born in Provo Utah on March 20th, 1966 to Joyce Daniels Boyack and Alan Robert Boyack.

Chris grew up the eldest in a big family, with 3 brothers and 2 sisters. Growing up we had a brother (Everette who has passed) and sister (Tina) join our family from an indian placement program. Having them join our family brought much joy to the Boyacks then and now. He really valued his time with his family. The Boyack siblings had plenty of fun growing up, but a favorite memory is summer time in Lake Powell. They would cram all 8 kids and friends into a couple of vehicles, drive down to the lake , and have the time of their lives, camping, waterskiing, exploring canyons and letting “Big Al” drive them around in ways that made them  question how they made it out safely. The memories bonded them for life.

In High school and Jr. High, Chris loved playing Basketball, Baseball, and Football for his schools and on community teams. He was also an eagle scout. He graduated from Mountain View High School, then attended Utah Valley State College, now known as Utah Valley University. When Chris turned 19, he decided that he wanted to serve an LDS mission. He was sent to the Seoul West Korea mission for two years. He cherished his time serving the Lord.

Chris worked in construction for all of his life and took great pride in his work. In fact, when his parents decided they wanted to move down to Oak City, Utah, he was able to build their house. He loved to build, and he also loved to garden, but most of all, Chris loved his kids. Chris was a devoted father and poured all the love he had from his big heart into his children. His fondest memories were raising them and spending time with them. He cherished each moment.

Chris was a friendly man. He loved and treated everyone he knew like they were family. Chris also had a strong testimony in the Church of Jesus Christ of Latter-Day Saints, and he loved sharing what he believed with loved ones. He valued his family and friends and wanted more than anything for the people he cared about to be happy and taken care of.

Funeral Services for Chris will be held Saturday, May 21st at 11:00 AM in the Oak City Chapel.

To order memorial trees or send flowers to the family in memory of Christopher Alan Boyack, please visit our flower store.