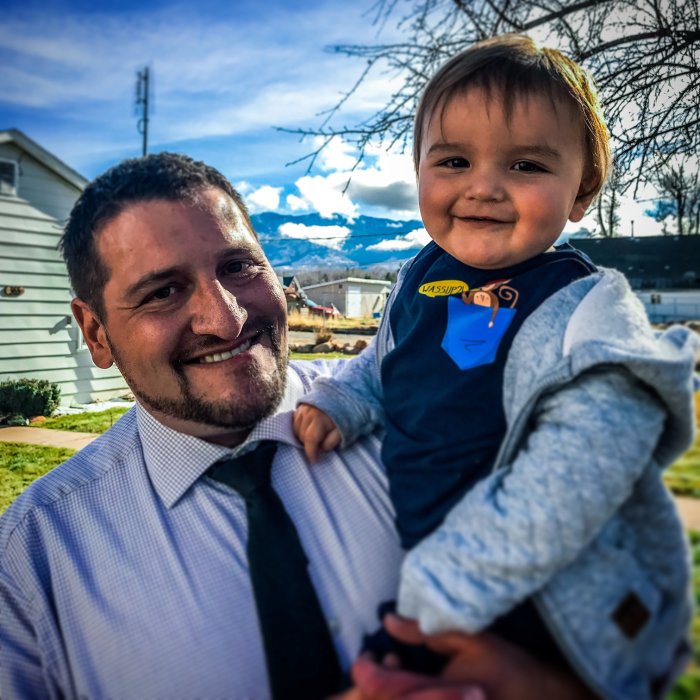 “The heart of a father is the masterpiece of nature.” -Antoine François Prévost d'Exiles, Manon Lescaut

From the time he was born, Clint was a master wordsmith; a skill that he carried with him throughout his life.  Clint graduated from Millard High in 2001, after which he continued to foster his talents writing poetry and mastering the art of photography.  His hard work resulted in having many poems published in books and the sale of his photos.  Clint had a passion for movies, books and music which led to his ability to impart the best quote in any situation.

On August 5th 2016, the sun shone brighter in Clint’s life than it ever had before when he became the proud father to Oliver Heath Aguiar.  Oliver was the center of Clint’s universe and he devoted his life to teaching Oliver the ways of the Jedi and using the force to fight evil.  He spent every day being a devoted father; teaching, protecting and loving his son.  All of this he did while fighting a rare genetic disorder.  Clint’s love for his son will be felt here on Earth forever.

Clint is survived by his parents-Anthony and Sharyn (Robison) Aguiar, Fillmore; His brother Jason (Kindra) Aguiar, Herriman; his sister Robi (Tod) Monsen, Woodland Hills; the Light of His Life, his son, Oliver Aguiar and many loving nieces and nephews.

Clint is preceded in death by his Grandparents-Nolan and Ella (Bickar) Robison, Annie (Machado) Aguiar and Frank Aguiar.

Funeral services will be held at Olpin Stevens Funeral Home on Wednesday January 24th at 2:00 p.m.  There will be a viewing preceding the funeral from 12:30-2:00.  Online condolences can be expressed at www.olpinstevensfuneralhome.com

In lieu of flowers, the family asks that you take extra time with your loved ones, be kind to everyone and always use the force for good.

To order memorial trees or send flowers to the family in memory of Clinton Adam Aguiar, please visit our flower store.