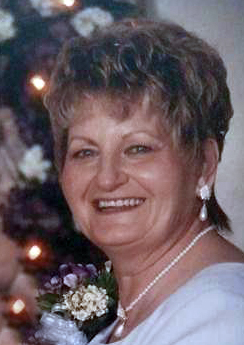 Cindy was very proud of her British heritage and fondly shared memories of her many experiences growing up in the suburbs of London. She especially treasured seeing Queen Elizabeth II. When her father obtained work in Salt Lake City, she and her mother left England to join him. She graduated from Hollywood Beauty School in 1964, at the age of 17 and enjoyed being a Cosmetologist for the majority of her life. While living in Salt Lake City she met and married Glen Jeffery, who remained her companion and best friend for the next 50 years. Glen introduced her family to the Church of Jesus Christ of Latter-Day Saints and she was baptized and confirmed a member, along with her mother, in the Salt Lake City Tabernacle. Cindy & Glen moved to Ely, Nevada where they worked together managing a family-owned grocery store. The next move took them to Nephi, Utah where they again managed a family-owned grocery store: J & J Friendly Service. They loved the community of Nephi and gained many special, life-long friends there. They returned to Delta in 1980 where she established, and successfully managed, Cindy’s Quality Styles. She also enjoyed teaching Cosmetology classes at the technical school in Delta. She never “quit” doing hair and styled several customers at her home, or theirs, for several more years. She enjoyed meeting new people & was immediately loved by all who met her. She had a gift for always seeing the good in people. She was always happy, optimistic and made the best of every situation. She remained an active member of the LDS church her entire life and faithfully served as a Stake Missionary with her husband, Glen. She loved genealogy & doing temple work. Of all her church callings, Cindy absolutely loved working with babies and toddlers in the nursery. She had a special gift for communicating with children. Later in life, despite her terminal diagnosis and physical limitations, she always remained cheerful & optimistic. She was a ray of sunshine to her fellow patients, their families and the staff at the Payson & Provo Dialysis Centers for[1]  the past 7+ years. Some of her favorite things in life included traveling, flower gardening, camping, bowling, the ocean, going to concerts (especially Herman’s Hermits with Peter Noone), going to the temple, spending[2]  time with her children & grandchildren and of course the Utah JAZZ!  Her infectious laughter, unconditional love and happy spirit will be missed by all who knew her.

Cindy is survived by her seven children: Tonya (Phil) Morrison, Ralph, Shaun (Candice), Rick (Heather), Mike (Kristin), LauraLee Jeffery & Christy Jeffery; 19 grandchildren and 1 great-grandchild; sister Mary Bellenger and several nieces & nephews in Utah and England. She was preceded in death by her husband, her parents and her sister, Veronica Rose.

To order memorial trees or send flowers to the family in memory of Cynthia (Cindy) Jeffery, please visit our flower store.