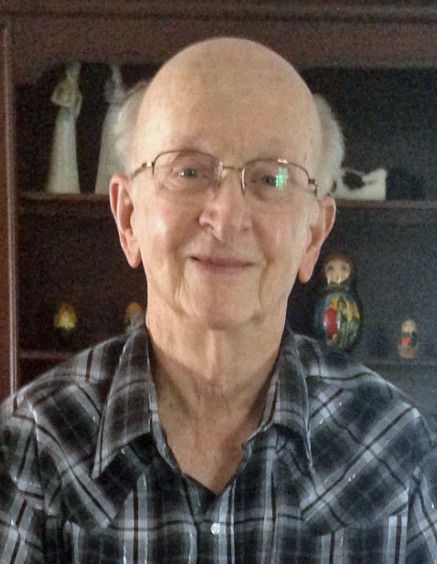 Dale was raised in Salt Lake and summers on his grandparent’s farm in Holden.   He graduated from West High School, University of Utah, and BYU (masters).  He was a gifted teacher of Advance Placement American History at Granite High School in Salt Lake City and chaperoned several groups of student to Washington DC.  He lived in SLC, Fort Lewis, WA. (Mess SGT for 744th Engineer Co), and Hatton, UT (retirement).

Together with his wife and children they toured the country throughout his life.   He was an avid picture taker, taking lots of slides of their adventures.  He was in the Army ROTC program, an expert marksman, loved guns, fishing at Fish Lake, and RETIREMENT!  He was an ordinance worker at the Manti Temple.  He and his wife served 3 missions, two to Detroit, Michigan, and one to Australia.

He is survived by his wife Pat; children: Jeffrey (Laura) of Meadow, UT; Cheri (Brad) Flores of Bountiful, UT; Stephen (Virginia) of Springville, UT; 25 grandchildren, 10 great grandchildren.  He was preceded in death by his parents, his son Larry and grandchildren Crystal, Jessica, and Aribella.

To order memorial trees or send flowers to the family in memory of Dale Glenn Wood, please visit our flower store.