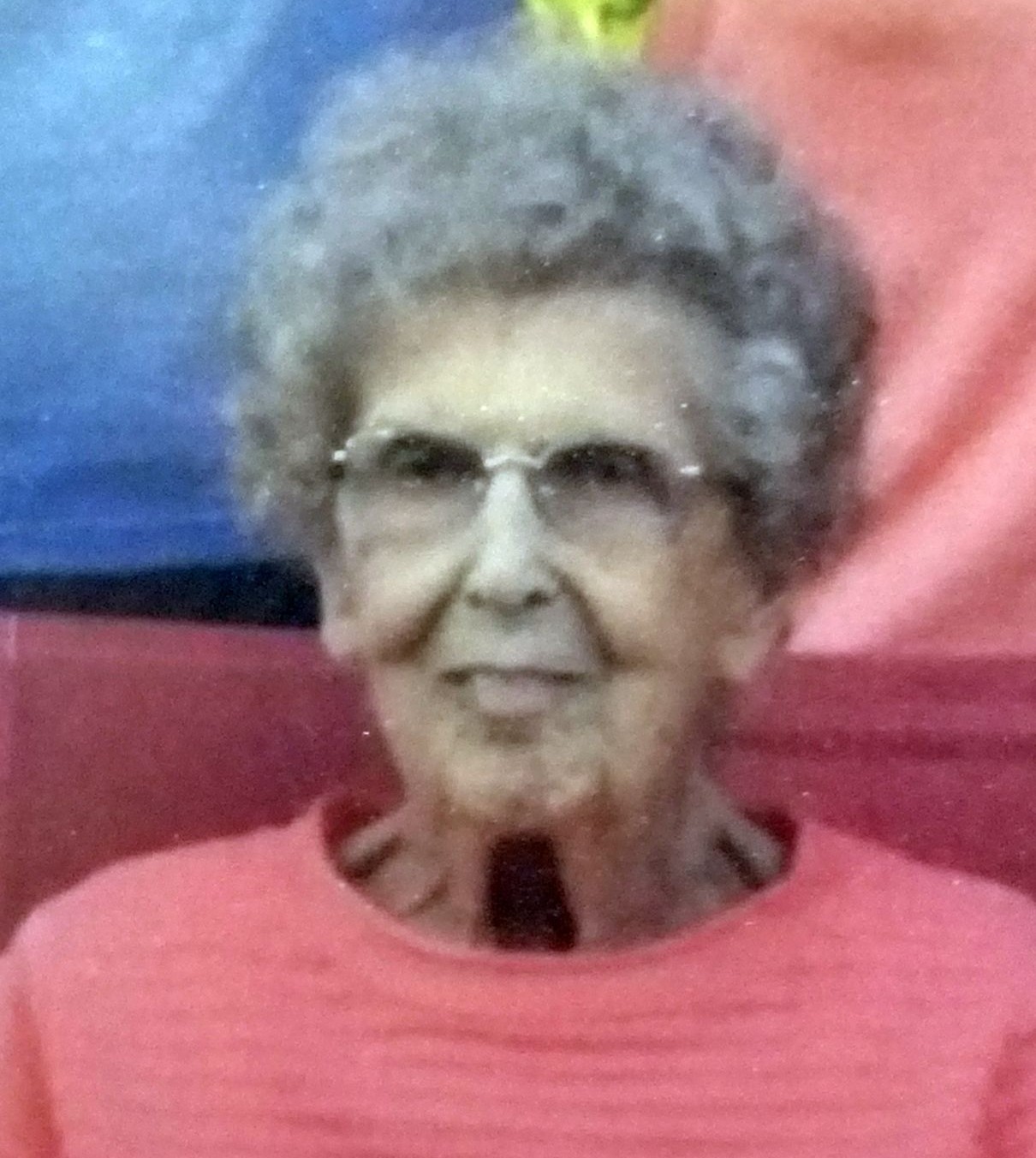 Effie was born July 1st 1921 in Barkeyville, Pennsylvania to Myrtle nee Hoffman and Thomas Ayers McFadden and grew up in the Bully Hill neighborhood of Franklin, PA.
She was courted and wed by J. Vance Robinson in 1941, the couple moved to Bradford, PA where she gave birth to her only child, Thomas, in December 1942. The family relocated to Clovis, New Mexico, in 1952. Then a year later moved to Albuquerque, NM, where they lived until they divorced in 1965. She then relocated to Las Vegas, Nevada in 1966.

Effie worked as the Head Cashier at the Thunderbird Casino for several years in which she quite enjoyed her work. She met Don Ross in 1970 and the two were wed in 1973 in Miami, Oklahoma and settled in Dodge City, KS for 43 years. She made many good friends and worked at the Salvation Army until age 92 as she so loved her job and co-workers. Don passed on in 2016 and Effie moved to Hinckley, Utah in 2018 to be closer to her son Tom and daughter-in-law Rita, until her passing.

She is preceded in death by her husband Don, brothers Harold and Wilbur and parents Myrtle and T.A. McFadden.

Graveside services will be held at Maple Grove Cemetery in Dodge City, Kansas October 27th 2021 at 11 am under the direction of the Swaim Funeral Home, where she will be placed next to her husband Don and mother Myrtle. Online condolences can be offered at www.olpinstevensfuneralhome.com.

The family would like to thank the Millard County Hospice team, especially Sheri Pace and caregiver Bonnie Vadnas.

To order memorial trees or send flowers to the family in memory of Effie Mae Ross, please visit our flower store.