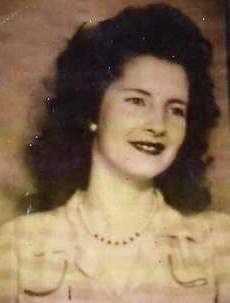 Elaine was raised in Meadow, U T. in a loving home surrounded by lots of family and friends.  She always said she had the best childhood ever and wouldn’t change a thing. She graduated from Millard High School in Fillmore, UT.

Elaine’s major focus in life was to be a good wife and mother at which she excelled.  After her children were married she loved to spend with the grandchildren and great grandchildren and share her many stories about life in the “Good Old Days”.  In addition to being a wonderful homemaker, she worked for school lunch in Fillmore for several years and as a shipping clerk and secretary for Sorenson Research in Salt Lake City, UT.

She married two wonderful men, raised three great kids, and was active in the LDS Church.  She taught Primary, the Laurels in Mutual and taught in the Sunday School for 11 ½ years.  She was a faithful Visiting Teacher and read the Relief Society lesson faithfully.  Her hobbies included gardening, crocheting, word search, crossword puzzles, puzzles, games, and reading.  Elaine loved to dance and music was a big part of her life. Our Mom had a keen wit, sense of humor and a love of people.

Funeral Services will be held Tuesday, June 21, 2016 at 11:00 am in the Fillmore 1st ward chapel.  A viewing will be held prior to the funeral from 9:30 to 10:30 am.  Interment will be at the Fillmore City Cemetery under the care of Olpin Stevens Funeral Home.  Online condolences can be offered at www.olpinstevensfuneralhome.com

To order memorial trees or send flowers to the family in memory of Elaine B Harper, please visit our flower store.