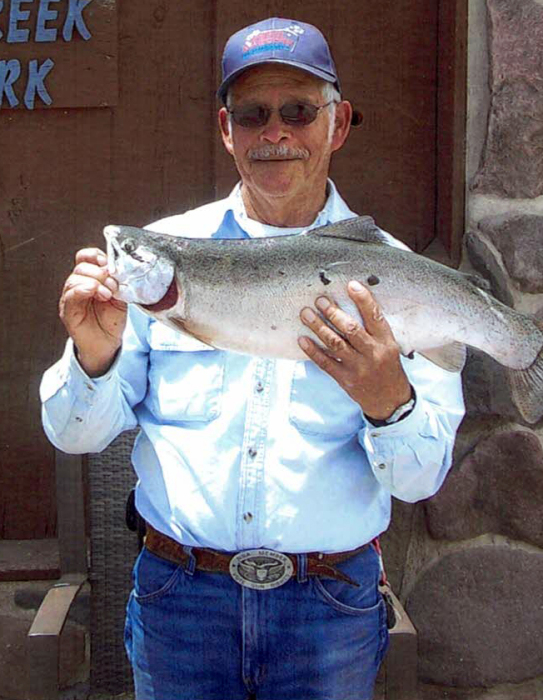 Fillmore, Utah -         Emilio Martinez was called home by God to join his daughter Emily on Sunday, March 14th, 2021, from the peace of his bed. The father of five was kept company in his last days by his loving wife and his daughter Barbara. Born May 29th, 1934, he forged through life for nearly 87 years, leaving a trail of wisdom and wit for those around him to follow.  He is survived by his wife of 63 years, Jennie Martinez, his daughter Barbara Hinton, and his sons Vince, Arthur, and Greg Martinez. He was preceded in death by his daughter, Emily Gibbs.

Emilio was a multi-talented man, who was greatly appreciative of the simple pleasures in life that many miss in the chaos. He enjoyed hunting and fishing whenever he could, and always helped those in need. He retired from the Bureau of Land Management after a long career spent serving his community. He was a firefighter and heavy equipment operator, with a knack for dry jokes and a mischievous smile. He has 15 grandchildren and 31 great grandkids. He is also survived by the last of his eleven siblings, his sister, Tia Sue Oglesby. Emilio will be missed by family and friends and all who knew him; he was truly blessed.

Mourners can pay their respects for Emilio on the 25th of March, from 5:30pm to 6:30pm at Olpin Stevens Funeral Home, located at 55 West 200 South in Fillmore, Utah. A Catholic Mass will be held at the Holy Family Catholic church at 445 South 200 East Fillmore Utah from 7pm to 8pm.

Anyone wishing to leave condolences online may do so at www.olpinstevensfuneralhome.com.

To order memorial trees or send flowers to the family in memory of Emilio Martinez, please visit our flower store.