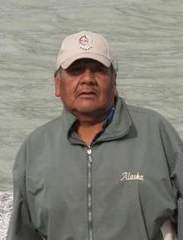 Frank Pikavit, 70, passed away Saturday, November 11, 2017 at the Fillmore Hospital in Fillmore, Utah.  He was born August 23, 1947 in Fillmore, UT to Joseph and Emily Sobquin Pikyavit.  He married Linda Kanosh, and had five children together but was later divorced.

He was raised in Kanosh, Utah most of his life.  He went to school in Kanosh then later in Fillmore, where he finished his schooling and graduated from high school.  He worked at the Mushroom Farm in Fillmore, Utah for 30+ years. After he retired from the mushroom farm he returned to work part-time.  Working was all he did.  He really could not stand doing nothing.  He also like to hunt and fish.  He enjoyed spending time with his kids and grandkids, teaching them to hunt and fish, how to gut deer, how to scrape and tan deer hides.

To order memorial trees or send flowers to the family in memory of Frank C Pikyavit, please visit our flower store.