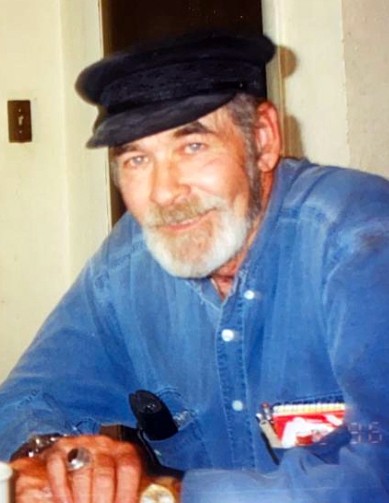 A very special spirit, beloved to many, was called home on Monday November 2, 2020 from his earthly home in Flowell, Utah. Franklin R. Peterson, was born in Payson, Utah on the 28th of March, 1934 to Franklin Henry and Iola Alvern Smith Peterson. When he was only four years old, his father passed away. These were hardship years for most during post-depression and World War II days, and the family moved often. His mother married Reece Corbett who helped raise Frank, his brother Wayne, and sister, Shirley.  Over the years, five more children joined the family, Lamar, Beverly, Ruth, Bob and Ron. Surviving him are Beverly and Ron. He attended schools in Utah county.

Frank enlisted in the Army and spent two years in Korea during the conflict. While in the army he received many certifications and training. Upon returning Home, he married Louise VanAusdal and while living in Provo found a career in sales, primarily with Ideal Mattress and later automobiles. Two remarkable daughters, Sherry and Kathy were born to this union.

He found his niche and passion in antique sales and swap meets during the next decade. His second marriage in 1981 was to Sally Brown Peterson.  Her five children, Lanie, Carolyn, James, Melissa, and Teresa, filled their home in Orem with busy happy days and they remained close friends through the remainder of his life.

Following their divorce ten years later, he found out why he built the Flowell house so big! Sherry Rostenbach Boone came into his life with her ten children and soon the youngest six relocated with them to Millard county in 1992.  The Boone kids are Jonathan, Becky, Amy, Martha, Tammy, Aaron, Sarah, Jesse, Jason, and Justin. Justin preceded him in death in 1997.

Frank was a loving, generous sincere husband, Father, Grandfather and great grandfather. All will miss his stories, treats and little treasures. His 86 years were truly an adventure. He only allowed a few to see inside his heart; those were the fortunate. Following his wishes, his body will be cremated and at a later date, a family memorial service will be held and his ashes interred in the family plot in Santaquin, Utah.

We begin to remember

And that your life

Gave us memories too beautiful

To order memorial trees or send flowers to the family in memory of Franklin R. Peterson, please visit our flower store.

Family to do services at later date