Fred S Nielson, husband, father, grandfather,  great -grandfather, brother, good friend, and more, passed away peacefully in the late morning hours of Saturday, 4 April 2020, with family at his side, from complications of ‘Old Timers’ disease.  He was 92 years of age.

Fred was the 9th child of a family of 11 children born to Clarence Nielson and Dainy Dora Sheriff.  Fred was born on the 4th of July 1927, and was happy to celebrate his birthday, every year, with the entire nation.  He was very proud to be a “Yankee Doodle Boy”.

Fred was born, grew up, and lived the vast majority of his life in Oak City, Millard County, Utah.   The final months of his life were spent under the watchful and gentle care of the Doctors, Nurses, and Staff at the Millard Care & Rehabilitation facility in Delta, Utah.  His early years were spent learning the skills of farming with his father and brothers and sisters.  While his older brothers were called to military service during WWII, his ‘deployment’ was to help with operating and maintaining the family farm.  Skill’s learned during that time proved to be invaluable later on in his life as he provided for his family.  He attended Oak City Elementary School and graduated from Delta High School in 1945.

Fred married his eternal companion, Arlene East, in the Manti LDS Temple on 1 December 1947.  Together they were blessed with 4 children:  Gaylen Fred (Diane Woolley) Nielson, Craig East (Jackie Thomas) Nielson, Lisa Rae (Jeff) Lyman, Shauna ‘Lee’ (Wade) Nielson.  The family lived in 2 different homes in Oak City, one home being directly across the street from the other.

Fred’s working career covered a variety of occupations.  Early on, his work week (for the Rail Road) generally took him away from his family, Sunday night thru Friday night.  Weekends were spent with this Arlene and children.  He had a real love for farming.  An opportunity to work at McIntire’s Ranch in Leamington, Utah allowed him to return home each day and be with his family, though during the summer months his stops at home in the evening were barely long enough to grab a bite to eat and then run to McCornick to change the water on his 40 acre alfalfa farm, usually in the dark.  His time at McIntire’s Ranch provided an opportunity for him to help many young men with summer employment before missions or school.  Many of those friendships created then have endured to this day.  His working career concluded when he retired from Brush-Wellman (Materion Natural Resources).

Music was, and has always been an important part of Fred’s life.  He could often be heard outside, at night-time in the dark, whistling or singing to himself.  He sang with his Barbershop Quartet ‘Buddies’, Lyman Finlinson, Reece Finlinson, and Dean Anderson for years, always singing the high tenor part and adding his own subtle ‘theatrics’ to the number.  He was a member of the Oak City Ward Choir for decades and seldom missed a practice.   Some of his most enjoyable times in the choir were the Choir Concert presentations during Oak City Days.  His personal rehearsals would continue well after he had returned home from the practices.  Listening to his Country Music on his CD player provided hours of enjoyment several days a week.

When his health and physical ability permitted, Fred’s home garden was the envy of many passers-by.  Having a garden was always important to him and there were always fresh vegetables on his front lawn for the taking during harvest time.  He spent many hours planting and weeding the rows of corn, tomatoes, green beans, and much more.   His hours of patient and painstakingly coaxing the water down each furrow assured the plants would produce a maximum yield.

Fred was a faithful member of the Church of Jesus Christ of Latter-day Saints.  Together with his companion, Arlene, he fulfilled an eighteen month Service Mission for the Church of Jesus Christ of Latter-day Saints at the Member Locator Facility in American Fork, Utah.  He enjoyed attending his church meetings each Sunday.  He loved to visit with people and was often the last to leave the building following the meetings.  His church callings brought him much pleasure and satisfaction.  He particularly enjoyed working with young men and provided a great example to them with his goodness, cheery personality, and positive attitude.  He spoke often, and with fondness, of his Home Teaching visits made with his companion and good friend, JB Lovell.  His ministering visits from Juan Lopez and other caring neighbors were always a bright spot in his day.

Fred and his companion, Arlene, provided a loving, happy, and caring environment in their humble home for their children and grandchildren, often at unseen personal sacrifice.  Examples for service to others, kindness, hard work, and the importance of family were on constant display.

The family wishes to express appreciation to the Millard Care & Rehabilitation Doctors, Nurses and Staff for the kindness and care provided to Fred over these past many months.  He made many friends during his stay.  Many of his caregivers recognized him for his ability to maintain a positive attitude and smile, regardless of his condition.

In accordance with CDC and government guidelines in effect at this time, a private graveside service will be conducted.  A public memorial will be held at a future date to be announced.  Interment will be in the Oak City Cemetery under the care of Olpin Stevens Funeral Home.  Online condolences can be expressed at www.olpinstevensfuneralhome.com.

To plant memorial trees or send flowers to the family in memory of Fred Nielson, please visit our flower store.

My sincere condolences to the family. One of the things I looked forward to on my rare visits to Oak City, was to have Fred greet me and shake my hand. My first memory of Fred is when I visited OC as a youth and he was teaching a young men class. He great;y impressed me with his calm, quiet, friendly demeanor ... the YM, not so much ;) Though my interactions with Fred were rare over the years, each time he greeted me, he treated me like a dear old friend. It breaks my heart that the times prevented us all from giving Fred the send off that he richly deserved. Till we meet again, my friend.

I spent many hours in Fred and Arlene's home as a young girl. Such a wonderful man and family. He left many great memories and will be missed by many. My condolences to the family

Im saddened by Freds passing. Such a cheerful, friendly, kind man. He was a salt of the earth man. My condolences to his family. He will be greatly missed. A wonderful light has gone out from the world.

We always enjoyed Uncle Fred! He was always so positive and was kind to everyone. He will really be missed! We love him very much!

Friends and Family uploaded 118 to the gallery. 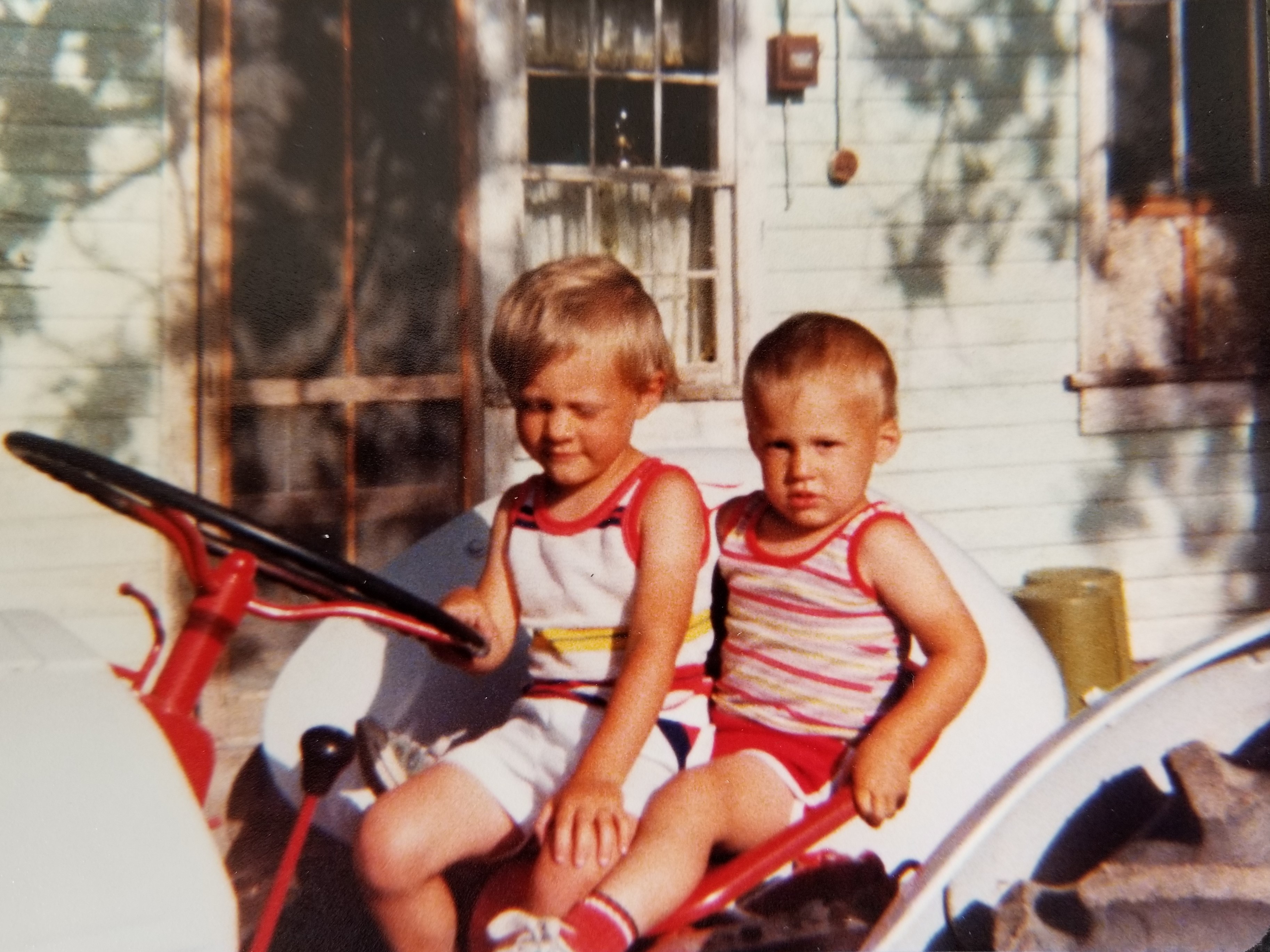 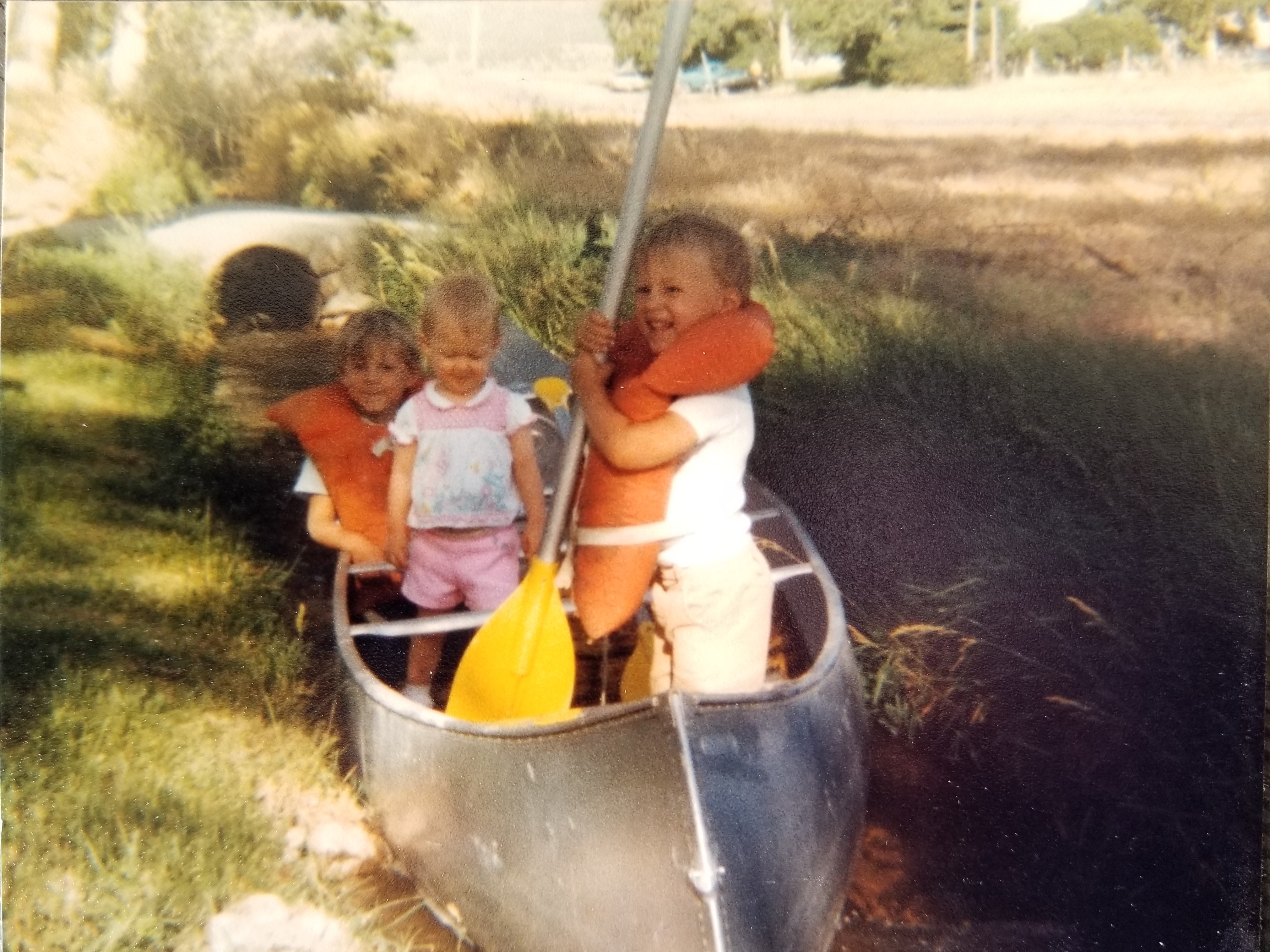