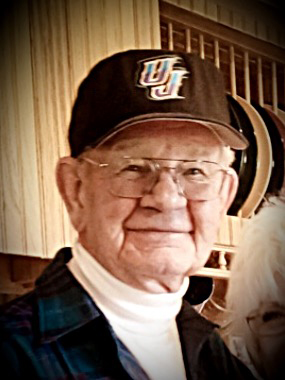 Gary E Hudson, age 79, died on August 13, 2016 at his home in the arms of his sweetheart. Gary was born on September 14, 1936 in Eureka, UT. He often told us that on the night he was born, 3 wise miners came baring gifts. He led a life full of adventure and had a story for every single one. One of the things of which he was most proud, was his service to his country, spending four years in the Air Force from 1955-1958. He married his sweetheart, Monique, in February 1983, and for the past 18 years have made their home in Scipio, UT where they run an antique store. Gary was the most selfless, kind, and generous person you will ever meet. He had a quick wit and could always get a smile out of those around him. He loved everyone unconditionally with his whole heart and got that in return.

Gary was a skilled craftsman that could fix or build anything. He was generous with his time and talents and spent countless hours helping others, never asking anything in return. He also served as a devoted mentor and friend, always teaching those around him.

A celebration of his life will be held Friday, August 19, 2016 at the Scipio Ward building at 12:00 noon. Online condolences can be offered at www.olpinstevensfuneralhome.com.

The family wishes to express their sincere thanks and appreciation to the doctors, nurses, and staff with the Fillmore Hospice for their loving care of Gary and Monique and for the outpouring of love from family and friends.

To order memorial trees or send flowers to the family in memory of Gary E Hudson, please visit our flower store.