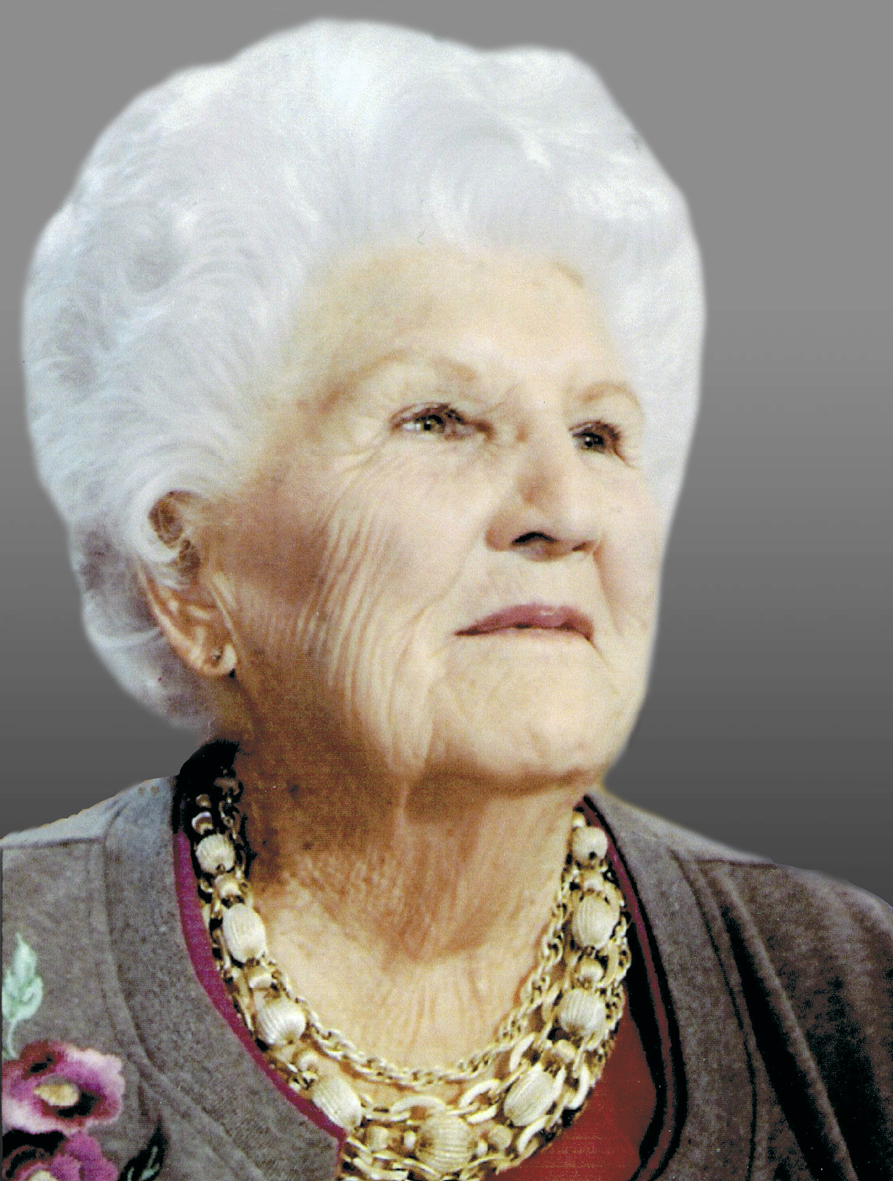 Georgia Whitaker Stevens passed away in the long term care facility in Beaver, Ut Monday, November 3, 2014. She was born February 22, 1917 in Hatton, UT to Joseph Cane and Minnie Maude Whitaker. She married Merlin Stringham Stevens on January 22, 1936 in Las Vegas, Nevada. Their marriage was later sealed in the Manti Temple August 24, 1996.

Georgia was raised in a large family in Hatton, Utah where hard work and family values were instilled. Most of her life was spent in Fillmore, UT. She always enjoyed working in her yard and her beautiful roses and rock gardens, she loved music and dancing and had a love of the outdoors. She had a testimony of the gospel, served as a Visiting Teacher for many years and also worked in the extraction program.

Funeral services will be held Saturday, November 8, 2014, at 11:00 am at the Fillmore Stake Center. A viewing will be held prior to the funeral from 9:30 to 10:30 am. Interment will be in the Fillmore City Cemetery under the care of Olpin Stevens Funeral Home. Online condolences can be offered at www.olpinstevensfuneralhome.com.

To order memorial trees or send flowers to the family in memory of Georgia Stevens, please visit our flower store.