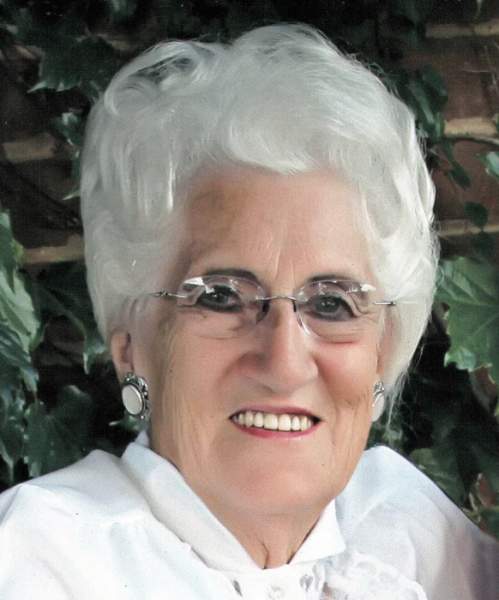 Helen Louise Payne Winget Richey was born on October 12, 1927 in Fillmore, Utah to Hazel Hatton and William Clark Payne.  Helen passed away in Fillmore, Utah on the morning of December 20, 2018 due to illness incident to her 91 years of vivacious life.  Helen married Lono B. Winget in Ely, Nevada on September 2, 1947.  Their marriage was later solemnized in the Manti Temple on March 2, 1963.  Together Lono and Helen had 5 children, Kay (died in infancy), Dennis, Michael, Vaun and Burke.  After the death of Lono, Helen met Darrell Richey while working in the Manti Temple.  They were married on July 13, 1993.

Helen was raised in Fillmore, Utah. She was a graduate of Millard High School, and a pillar in her community. Helen and Lono owned and operated the famous Winget’s Drive Inn and Eagles Nest at Millard High School until Lono’s death in 1987. Helen was an outstanding mother, grandmother, and was such to many in the community.  Helen was always there to help those around her and fix about anything she could.  She was a very independent woman and lived life to the absolute fullest.

Helen was a devout member of the Church of Jesus Christ of Latter Day Saints. Over the years she served the Church in many capacities.  She served a mission at Cove Fort, Utah and was a Temple Ordinance Worker at the Manti Temple.  She loved to teach and share the gospel with anyone around her.  She taught so many by her example.

Family was so important to Helen and that is what she centered her life around.  She loved her children, grandchildren and great grandchildren with all of her heart.  She also had many “adopted” family members that she loved as her own. Helen had many nick names, but the one she loved the most was Granny Goose.

Helen is survived by her sons, Michael B. Winget, Vaun J. Winget, both of Fillmore and Burke V. Winget of Provo.  She is also survived by 7 grandchildren and 8 great grandchildren.  She was proceeded in death by husbands; Lono B Winget and Darrel Richey, Daughter Kay Winget, Son Dennis L. Winget, Granddaughter April Winget, Great Granddaughter Abigail Mitchell, brothers; Donald Payne and Orton Payne and daughter in law Denise Winget.

To order memorial trees or send flowers to the family in memory of Helen Louise Winget Richey, please visit our flower store.