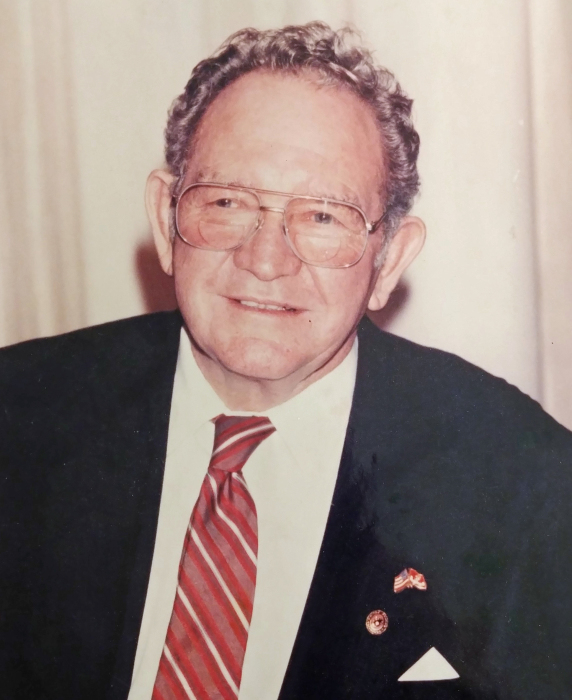 His family migrated west from Oklahoma during the Dust Bowl in the early 1930's. His parents became migrant workers in central and southern California. They eventually settled in Corcoran, California.

He joined the Marine Corps at the age of 21. He served for four years, achieved the rank of Staff Sergeant, and was honorably discharged. During his enlistment he served a combat tour in Korea with an artillery unit operating a caterpillar to prepare gun positions.

When he finished his combat tour in Korea he returned to the states and married Patty. Patty was kind, faithful and true, and had a deep testimony of the Gospel of Jesus Christ. Jim often stated that he strived to be a better person because of her example and influence in his life and his deep love for her. His love for her was the most important thing in his life. After several years they sealed their union eternally in the Los Angeles Temple.

The young family settled in Westminster, California. Jim drove trucks for the Mayflower Company and then became an apprentice electrician. He retired from the IBEW as a Journeyman Electrician / Welder. After retiring he and his wife settled in Kanosh Utah. He worked for several years as a tour bus driver and drove wildland firefighters to fires around Utah.

Jim loved working with his hands and had many practical skills. He built the family home in Littlerock California doing most of the work himself. He had a lifetime love of photography and won several awards for his pictures. He loved airplanes, became a pilot, and owned a plane for several years. He had the gift of gab and could easily make new friends. He loved visiting friends and family. He could spend hours talking and sharing stories.

He was awarded a Citizen Commendation Medal by the State of Utah for “Saving an elderly driver from certain disaster by directing him off the wrong side of I-15…” His actions probably saved other lives as well.

To order memorial trees or send flowers to the family in memory of James Elton Springer, please visit our flower store.