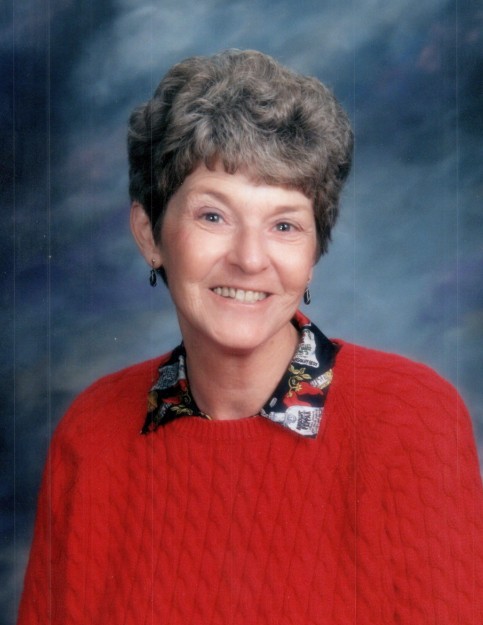 My sweet mom, Janet McBride Nowell, passed away peacefully on February 16, 2021 in South Jordan, Utah with her son Matt and daughter-in-law Melissa at her side.

Janet was born July 17, 1938 to Gene and Lillian McBride, in Fillmore, Utah.  She loved growing up there and returned often throughout her life to visit family and friends.  She graduated from Millard High School in 1956 and continued her education by graduating from Utah State University in 1960.  She was a proud Aggie but remembered the cold winters.  So cold, that after graduation, she worked in Anaheim, California for a short period, and then returned to Utah to teach in Salt Lake City for 35 years, with most of those years spent at Highland High School.  She loved being a teacher, valued education, and enjoyed hearing from her students over the years.

She married her love, John Nowell, on December 18th, 1965, in Fillmore.  Together they lived primarily in their house in Midvale, Utah.  Their son Matthew was born to them in 1971; she absolutely adored him.  She was also blessed with her stepchildren Will, Jerry, Danny, and Lorie, whom she loved and had great relationships with.  After retiring in 1997, she enjoyed traveling with John, until his passing in 2005.

Janet loved to travel, to shop, to read, to watch sports, especially with Matt, to go to the theater, and really enjoyed when many of these activities could be combined.  She had wonderful trips to places near and far including New York City, Ireland, California, Switzerland, Paris, Japan, and one long cross-country road trip in her Z28 Camaro.  She particularly enjoyed going to the Sunset Beach, NC with Matt, Melissa, Parker, Tate, and Finn in her later years.

She is survived by her son Matt (Melissa), her stepchildren William (Kathy), Jerry (Dee), Daniel (Marcia), and Lorie (Frederick), 14 grandchildren, 19 great-grandchildren, her brother Jack (Edna) and many loving nieces and nephews.   She is preceded in death by her husband John, her parents Gene and Lillian, her sisters Barbara and Mary, and her brother Mack.

Special thanks go to the crew at Sagewood for giving her such good care her last few years and to Canyon Hospice.

Her family will hold a Zoom memorial for her on Sunday, February 28th at 2PM.  Comment or contact Matt Nowell for details.  She will be laid to rest with a socially-distancing graveside dedication on Saturday, February 27th at 1PM in the Fillmore City Cemetery.  Online condolences can be offered at www.olpinstevensfuneralhome.com.

To order memorial trees or send flowers to the family in memory of Janet McBride Nowell, please visit our flower store.