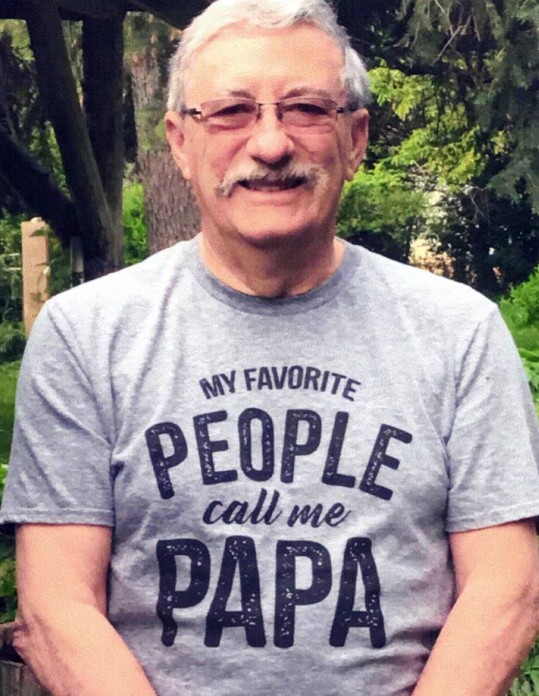 Jerry was born in Rayne, Louisiana to Nelson Hulin and Eunice Sonnier. He was raised in Rayne. He attended schools in industrial technology and industrial electricity.  He was proud of his Ragin’-Cajun background.

Jerry served in the U.S. Navy from 1969-1975 where he met his wife, Robbyn. They were married in Riverside, California, October 14, 1972. After finishing their final year in the Navy in Jacksonville, Florida, they moved back to Rayne. They moved to Kanosh, Utah in 1986 with their two children.

He enjoyed woodworking in his shed, spending time with his family, fishing up the canyon and watching the New Orleans Saints and LSU Tigers.

He worked at the Intermountain Power Service Cooperation In Utah, as a B Operator in for 25 years.

He is survived by his wife Robbyn Hulin, nee Roberts, of Kanosh, Utah. Jerry has two children, Beth Lopez of Aurora, Colorado and Pete Hulin and his wife, Leanne, of Lincoln Park, New Jersey. He was blessed with four grandchildren, Roman and Morgen Lopez and Josieanne and Alena Hulin. He is also survived by his sister, Pat Murray of Breaux Bridge, Louisiana.

Online condolences can be expressed at www.olpinstevensfuneraIhome.com

To order memorial trees or send flowers to the family in memory of Jerry J. Hulin, please visit our flower store.