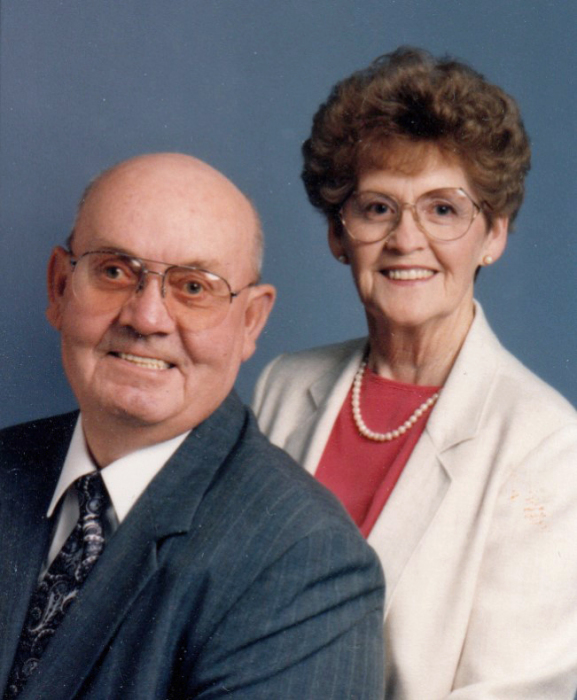 John Clark Robertson, 84, our loving father and grandpa, passed on peacefully May 13th, 2019 in Payson, Utah. He was born to Joseph Thomas Robertson and Mattie Ann Clark on August 14, 1934 in Spanish Fork. After losing both parents by the age of fourteen, he enlisted in the army and served his country during the Korean War.

After his service, he married Rose Zella Johnson and they were blessed with two children. They later divorced and he married Vesta Thomas Conrad on July 13,1962 in Leland Utah. He was blessed with four additional children, and together they had two children which created a beautifully blended family. They succeeded in making all feel loved and accepted. Their marriage was later solemnized in the Manti Utah Temple.

John devoted many years providing for his family.  He worked for Geneva Steel and after retirement, he and Vesta served a mission in Des Moines, Iowa for the Church of Jesus Christ of Latter-day Saints.  It was one of the most rewarding experiences of his life. They also enjoyed serving together in the Provo Utah Temple.  John’s love for the Lord and His gospel grew as he served in numerous capacities under remarkable leadership that helped to strengthen his faith and shape the rest of his life. He felt honored to have served both his God and his country during his lifetime.  He lived a very kind, loving and generous life.

As a family we would like to acknowledge with sincere appreciation to the Mervyn Sharp Bennion Central Utah Veterans Home for the excellent care he received in his final days. They truly honor the veterans who have served with a respectful and touching send off.

Services will be held at the Benjamin Ward chapel on Saturday, May 18, 2019 at 11:00 am.   Friends and family may visit prior to the service from 9:30 to 10:30 am, at 3238 West 7300 South, Spanish Fork, Utah.  Interment will be in the Spanish Fork City cemetery under the care of Olpin Stevens Funeral Home.  In lieu of flowers, please donate to the Humanitarian Fund or  the General Missionary Fund for the Church of Jesus Christ of Latter-day Saints.

Online condolences can be expressed at www.olpinstevensfuneralhome.com.

To order memorial trees or send flowers to the family in memory of John Clark Robertson, please visit our flower store.