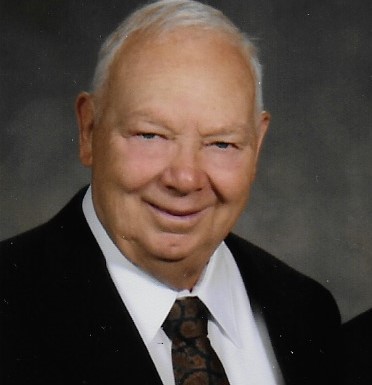 He leaves his wife of 56 years, Susan (Baker) Smith; two daughters, Linda Ickes and her husband, Marcus; Ann Pendergast and her husband, Ray; four grandchildren, Henry Ickes, Derek Aldana, Ian Ickes and Amy Aldana; two sisters, Charlene Miller and her husband, Dick; Elaine Gardner, and her husband, Bob; brothers and sisters-in-law and choice friends, all who have supported him through his illness-with special thanks to those medical and service personnel who cared for him in the home; Kim, Alana, Heather and Manny (Accolade); Nicole and Doris (Forever Faithful).

Gale was born in Fillmore Utah, the son of James Jackson Smith, and Olive June (Swallow) Smith, the eldest of five children.  He spent his early years assisting his family with farm work, graduating from Fillmore High School, where he played football and was a wrestler.  He was drafted into the United States Army during the Korean Conflict , attended officer’s training school, taught hand to hand combat, attaining the rank of sergeant.  He was an active member of The Church of Jesus Christ of Latter-day Saints all of his life, serving two years in the Northern States mission.  He attended Brigham Young University on a wrestling scholarship, graduating in Banking and Finance.  He was active in politics, Young Republican Chairman on campus, then Utah County Chairman.  He had an entrepreneurial spirit, starting and selling several businesses before he settled into the life insurance industry, operating a general agency in Lubbock, TX for over 43 years.

Family activities were his greatest enjoyment: Deer, pheasant and dove hunts with his father and brother; Rook cards with family around the kitchen table after a meal, together.  He was a wood worker, designed and built, or refurbished, buildings.  He always had a “next” project in mind.  His subtle sense of humor and his peaceful demeanor made him a fine companion.  He relaxed watching “old” westerns on TV.

The Funeral for Gale was held, Wednesday, March 2nd, at 10:00 a.m. in Lubbock, Texas.  Following the funeral, Gale’s body will be taken to Fillmore, UT.  A Gathering Service will be held at Olpin Stevens Funeral Home, Fillmore, Utah Friday, March 4, 2016 at 11:00 am.  Interment will be at the Fillmore City Cemetery, buried with the ranks of his predecessors.

To order memorial trees or send flowers to the family in memory of Joseph "Gale" Smith, please visit our flower store.

Gathering of Family and Friends