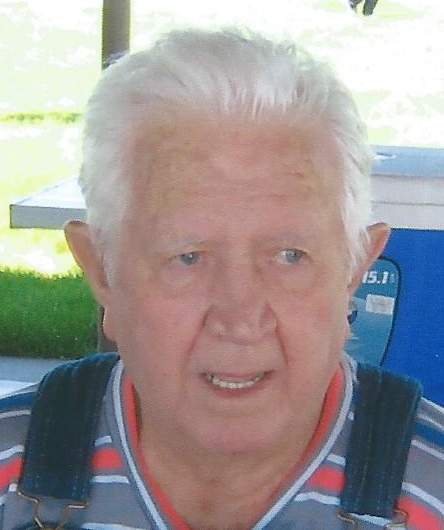 Joseph Lee Wright passed away in Delta, Utah Friday, April 15, 2016 at the Millard Care and Rehabilitation Center. He was born on March 17, 1929 in Coalville, Utah to Lawrence Emery Bowers Wright and Mary Ellen Staples. He married Eleanor Fae Brown on October 15, 1949 in Coalville Utah.  Later he married Orvalene Taylor on November 29, 1977 in Manti, Utah after the death of Eleanor.

He was born in Coalville, Utah, where he lived the majority of his life, until moving to the Tremonton Area, then Logan and settled in Delta the final 7 years of his. He was, by trade a dairy farmer/rancher the majority of his life, worked at the grain mill in Tremonton and as a mechanic at Ellis Equipment in Logan. Lee had a sense of humor and liked to joke around. He loved being outdoors, as well as camping and fishing. He is survived by 8 of his children: Jan Megarry (Dian), Tony Wright (Lori), Debbie Robinson (Jim), Nathan Wright (Patricia), Roxann Groff (Ralph), Nikki Hansen (James), Joe Wright (Emily), Arlynda Jorgensen (Jamie) and a Son-in-Law Tony Stanworth of whom he was close, as well as 38 grandchildren and 57 great-grandchildren. He was preceded in death by his Wives Eleanor Fae Brown, Orvalene Taylor, daughter, Kristine Stanworth, sons, Dannie Lee Wright, Twin boys, baby boy Wright, His brothers Emery, Keith and Ray Wright, 2 grandchildren and 3 great-grandchildren.

A Viewing will be held on Wednesday, April 20, 2016 at 11:00 a.m.- 12:00 p.m. at the Church of Jesus Christ of Latter-Day Saints located at 40 North Main Street, Coalville, Utah. Interment will be in the Coalville City Cemetery under the direction of Olpin Stevens Funeral Home.  Online condolences can be expressed at www.olpinstevensfuneralhome.com

To order memorial trees or send flowers to the family in memory of Joseph Lee Wright, please visit our flower store.