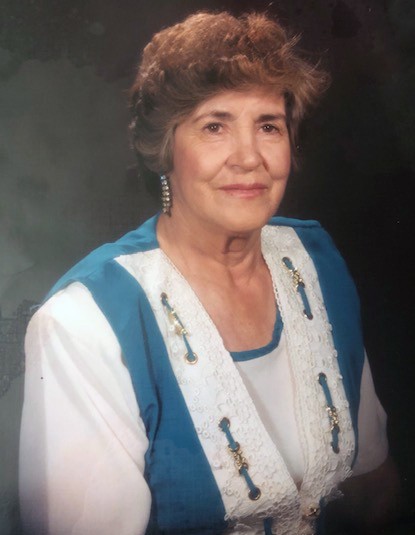 Juliana Roman age 81 passed away on Sunday, September 29, 2019 in her home in Delta. She was born January 9, 1938 in Madera Chihuahua to Beatriz Miramontes and Nepomuceno Miramontes. She married Jacinto Roman on December 7, 1968 in Nuevo Casas Grandes Chihuahua.

They had five beautiful children and moved to Fillmore Utah in 1978 where she made lifelong relationships; anyone who met her would instantly fall in love with her. She was an amazing mother, sister, and grandmother. She had 21 grandchildren and 3 great grandchildren who loved her very much. She was a light to anyone she met.

A viewing will be held Thursday, October 3 from 6:00 to 8:00 PM at Olpin Stevens Funeral Home (55 W 200 S in Fillmore). Funeral services will be Friday, October 4 at 12:00 pm at Holy Family Catholic Church (445 S 200 E Fillmore Utah). The family will greet friends and family at church from 10:00 AM to 12:00 PM. Burial will be following church services in Fillmore Cemetery (350 East 600 south).  Online condolences can be offered at www.olpinstevensfuneralhome.com.

To order memorial trees or send flowers to the family in memory of Juliana Roman, please visit our flower store.