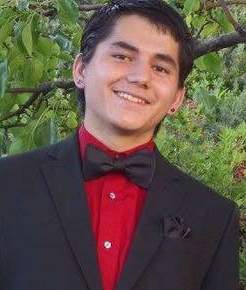 Kamen spent most of his years in Meadow and Fillmore, starting his first 8 years of school. Later, he moved to La Verkin and attending Hurricane High and a short moment at Millcreek High. He had a great drive for sports, first stating with soccer then football.  He had a ear and appreciation for ALL kinds of music and recording artists of all languages.  He was also a recording artist himself.

He loved his siblings, LARGE family and his fiancé’s family. Kamen loved animals and would treat them equally, if not better, than humans.  They loved him too.

Funeral Services will be Monday, June 13th at noon at the Kanosh Band building on the Kanosh Reservation. Viewing will be prior to services from 11:00 am to noon, same location. Interment will be in the Kanosh Reservation cemetery under the care of Olpin Stevens Funeral Home. Online condolences can be expressed at www.olpinstevensfuneralhome.com

To order memorial trees or send flowers to the family in memory of Kamen (Wolf) King Kanosh, please visit our flower store.