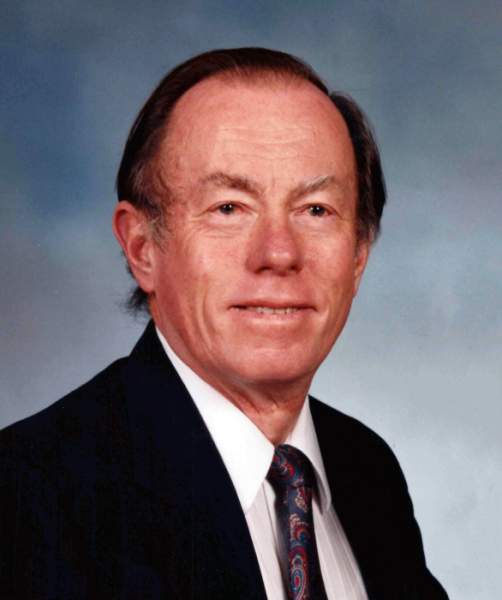 Fillmore, UT - Kenneth Wendell Sanderson, passed away May 1, 2016 in Fillmore, UT, after a courageous battle with cancer.  He was born October 7, 1934 to Wendell Carrier Sanderson and Lucille Dick.  He married Bonnie Jeanne Sayre on September 6, 1957 in Mar Vista, CA.  Their marriage was solemnized in the Los Angeles Temple on March 4, 1966.

Ken will be remembered as a man of faith with great integrity and a strong work ethic. He led his family with love and wisdom.  Born in Idaho Falls, Idaho, he moved at age 2 with his mother and sister to Mar Vista, California.  His adolescent and high school years were filled with fishing off the Santa Monica Pier and exploring with his dog Butch.  He met Bonnie Sayre through his best friend, Jack, and they fell in love and were married after a three week courtship!  He attended UCLA where he earned his bachelors and masters degrees in Electrical Engineering.  Ken could accomplish anything he set his mind to doing and that showed in the many diverse jobs he held over the years.  He worked for McDonnell Douglas where he worked on the team that launched the first intercontinental ballistic missile. This job also took him overseas to Kwajalein, in the Marshall Islands where his family created many memories.  He and a couple of partners started Mountain Mushrooms in Fillmore Utah.  He and Bonnie fell in love with Fillmore and the warm and welcoming friends they made there.  The mushroom farm was sold to Castle and Cooke/Dole which took them to Salinas, California for ten years, but they always wanted to come back to Utah so when the opportunity came to buy Hillside Farms gas station/ convenience store in Scipio they took it.  They eventually sold that business, retired and moved back to Fillmore.  After retirement he was determined to make the most of every day.  He had numerous hobbies including fishing in Idaho with his family, hunting with his grandkids, and golfing with his buddies.  His latest hobby, woodworking became an obsession and he created beautiful keepsakes that all of his children and grandchildren will cherish for years to come. He could build anything he set his mind to including several houses and remodeling projects, with the final project being the beautiful cabin in Mayfield where many memories have been created.  One of his greatest goals in life was to bring happiness to his family and he achieved that goal by giving countless hours of service and fun, recreational time to all of us.   We always knew he had a strong testimony of Jesus Christ as he faithfully served in any calling he was given.  Church callings included - teacher in the Sunday School and Primary, Stake Mission President, Bishop, and a full-time Family History Mission which he and Bonnie served in Salt Lake City, Utah.  His latest calling, indexing at the jail, touched the hearts of many people.

To order memorial trees or send flowers to the family in memory of Kenneth Wendell Sanderson, please visit our flower store.