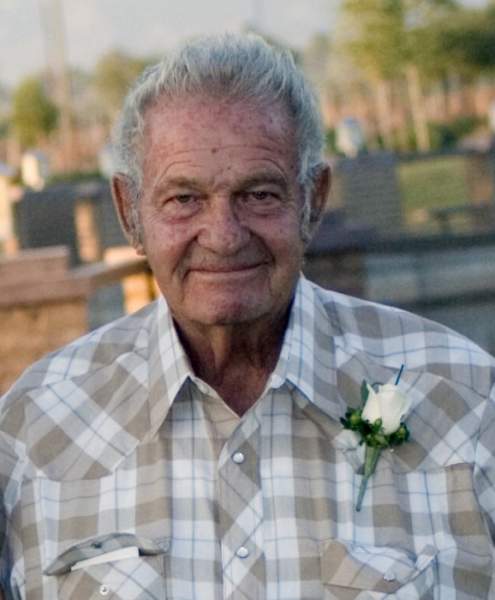 On Tuesday, August 22, 2017, at the age of 85 years, 6 months and 20 days, a man who was a husband, father, grandfather, great-grandfather, son, uncle, brother-in-law, nephew and cousin to many as well as being a remarkable friend, has passed away at his home on his farm in Abraham, Millard County, Utah where he desired to be in his final days on this earth. We know that he is rejoicing as he has been reunited with his forever sweetheart Norma “Nana.”

Kenneth was born on Wednesday, February 3, 1932 in Mesa, Maricopa County, Arizona. He was the fourth child, and third son of Marion Plumb and Edith Cardon Thatcher. His siblings are Marion Paul, Leavitt Thomas, Edith, Morris Lorenzo and John Philip Thatcher.

Kenneth met his true eternal love in Chandler, Arizona at his brother’s home. On October 27, 1950 they were married and sealed for eternity at the Mesa LDS Temple, in Mesa, Maricopa County, Arizona. He was a life-long member of the Church of Jesus Christ Latter-Day Saints. He graduated from Chandler High School in 1950. Kenneth had a life-long love for farming, having done so starting in 1952 in Arizona until 1984, and since then in Abraham, Utah where he continued to run his dairy and farming operations, even cutting hay up until recently. He enthusiastically enjoyed flying his three different airplanes, most recently his Piper Tri-Pacer logging more than 5,000 hours until he reached the age of 82. He thoroughly had a passion for fishing and hunting. Most importantly, he had a deep and abiding love for his family and Savior. One of his most generous character traits was his overwhelming kindness and benevolence towards others with the receiving party never having any knowledge of it all. He gave of himself to others without caring about himself first.

He is predeceased by his wife Norma on September 12, 2012, his parents Marion and Edith, his brother Marion Paul, his sister Edith, grandson Timothy Bigelow and his dear cousin Harry Jones. He greatly enjoyed the friendship and companionship of Larry Smith, Clyde Bunker, Jeff Nye and his family.

He is survived by his children, Hazel Maben (George), Kenneth, Jr. (Lori), Merl, Carl (Robin), Doris Kanoff (David), Willard (Stacey) and Steve (Kimberly). He is also survived by his brothers Leavitt (Joyce), Morris (Carol) and John (Renee). He also leaves as part of his legacy twenty-six grandchildren and more than thirty great-grandchildren.

There will be a celebration of his life at the Olpin Stevens Funeral Home, 95 White Sage Avenue, Delta, Utah, on Thursday, August 31, 2017 from 7:00-8:30 p.m. Online condolences can be offered at www.olpinstevensfuneralhome.com.

To order memorial trees or send flowers to the family in memory of Kenneth Cardon Thatcher, please visit our flower store.