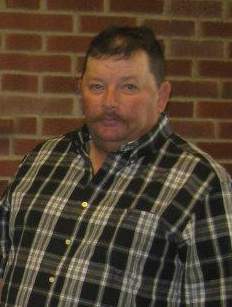 Kevin Glayde Edwards (Bush), age 58, passed away peacefully in his sleep on August 23, 2017 at home in Meadow Utah. He was born on March 3, 1959 in Fillmore, Utah to Glayde and Sharon Edwards. His Junior year he left to serve in the national guard in Fort Knox, Kentucky. He returned home in February 1977 and graduated in May with his class at Millard high school. In 1978 he met the Love of his life and best friend Vickie Kay Orullian. They were married January 16th, 1981 in Fillmore, Utah. They had four children: Kimberly, Kaycie, Matthew, and Chantelle. He worked in the hay business until 1989 and then went to work for Utah Wyoming Freight lines (UW). He worked for them for eighteen years, during this time he made many friendships that he cherished.

Some of the things he enjoyed were shooting guns, old western movies, reloading bullets, skeet shooting, his camo pj's, and his dogs (Rufus, Rowdy, Champ, and Bo). He was the camp chef and master dutch oven cook on all hunting and camping trips. He loved working on old trucks and fixing things in his shop. His amazing jerky will be missed by all who had the privilege of trying it. Arrowhead hunting was always something that he enjoyed and he had a story for every one in his collection. His chuckle will be remembered by all who knew him. His many fish aquariums were always a talking point for all who came to visit. The highlight of his life were his five grandchildren Tyra, Macie, Treygan, Rylee, and Miles.  However above all things he found the greatest joy in spending time with his family and creating memories that will last forever.

To order memorial trees or send flowers to the family in memory of Kevin "Bush" Glayde Edwards, please visit our flower store.