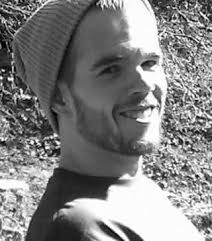 Kevin Richard Fulton, 26, passed away Saturday, May 27, 2017 in Fillmore do to injuries sustained in an auto accident.  Kevin was born on December 10, 1990 in Payson, Utah to Jonny Richard Fulton & Brenda Lee Thomas.

Kevin is a very loved son, brother, uncle and grandson.  He lived life one day at a time.  Kevin loved skateboarding.  He was a proud uncle of 5: Seth Fasion, Alexis Harris, Emma Skeem, Brycen Skeem and Grace Harris. Kevin will be missed by so many; he was the best friend anyone could ask for.  Kevin’s mom, Brenda was his best friend.  He is gone, but will never be forgotten.

The family will hold services at a later date.  Arrangements are under the care of Olpin Stevens Funeral Home.

To order memorial trees or send flowers to the family in memory of Kevin Richard Fulton, please visit our flower store.