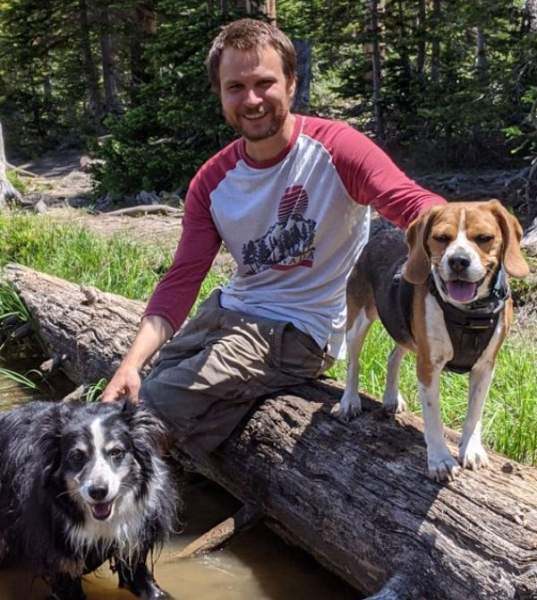 Kevin Whitaker, age 35, loving son, brother, uncle, and friend, passed away Tuesday, January 11, 2022 at his home in Layton, Utah. Kevin, son of Dennis and Carol Whitaker, grew up in Fallon, Nevada playing with his sisters and brothers, riding four wheelers in the open fields, tubing in the irrigation ditches, collecting frogs and caterpillars, and riding bicycles. One day he had been home sick and when the older siblings returned they noticed Kevin had no eyebrows. He said that he had shaved his eyebrows off because he had no whiskers to shave! He excelled at school and soccer. As a youth he attended BYU soccer camp and returned home with an MVP award! Kevin was well respected by his teachers, coaches, and teammates. He graduated from Churchill County High School with honors, earned his BA in history from the University of Nevada Reno, and his Masters from Utah State University.

Kevin worked at Conservice from 2011 until 2021 when he ended his employment to focus on his graduate school studies. In his years at Conservice he was part of the Synergy leadership team, managed key client accounts, and worked with the sales/revenue operations group. Kevin was always a bright spot in tough situations, finding creative and unique solutions to complex issues. He had a way of making everyone feel important and heard.

Kevin loved hiking and jeeping with his dogs, family, and friends. His dogs were such a big part of his life. Thoreau and Needle went on many adventures with Kevin, exploring creeks, trees, and the beauty of nature in the local mountains, around Moab, and even the Oregon coast. While on vacation in Hawaii with his sister’s family he picked out a spot on the beach under a tree and said he thought it would be so nice to bring his dogs and come live in retirement in the beautiful and pleasant climate.

Kevin had many friends. He had weekly online game groups and often reached out to fellow players throughout the week. He was always there when friends had hard times, hospital stays, and struggles.

Kevin was well read, always had great insights on many topics, thought deeply, loved deeply, accepted everybody, and was always willing to learn from others. He was an all-around great guy and will be sorely missed.

Despite his struggle with depression, Kevin never stopped researching for solutions. He even went back to school, attending Rocky Mountain University of Health Professions, to become a therapist to help others with their challenges.

Those desiring to offer a gift in Kevin’s memory are encouraged to donate to a favorite animal shelter or donate to Utah chapter of the American Foundation for Suicide Prevention https://afsp.org/chapter/utah

To order memorial trees or send flowers to the family in memory of Kevin Paul Whitaker, please visit our flower store.