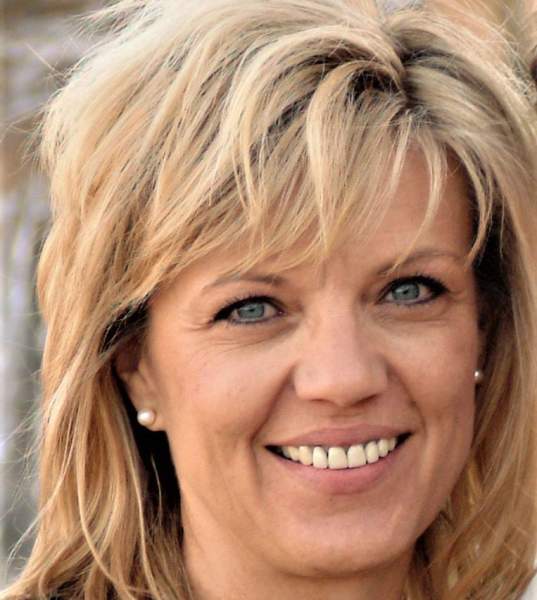 Our beloved wife, mother, grandmother, daughter and sister, Kristine Garrett Fowles, age 57, passed away September 16, 2021 after a valiant battle with Early Onset Dementia. She was surrounded by her loving family at the time of her passing.

Kristine was born on June 24th, 1964 in Cedar City Utah to William and Cherie Garrett of Minersville, Utah. Kris moved to Delta, Utah with her family when she was in second grade. From a young age Kris enjoyed hunting, fishing, camping and all things outdoors. She graduated from Delta High in 1982, and was married shortly after to her “hubby” David “Fluff” Fowles on May 14th, 1983. Together they had five children: Casey, Jesse (deceased), Jordan, Mandi and Hogan. Kris was born to be a mother, grandmother and caretaker and excelled in all. There is nothing she wouldn’t do for her family. Kris was an extremely hard worker and served everyone around her, she was at her very best serving and helping others.
Dave and Kris moved to Mesquite, NV in 2005. Shortly after, Kris started working for the City of Mesquite Police Department as a Dispatcher. During her time there, she was awarded the City of Mesquite Employee of the year, and ended up serving as the Administrator to the Chief in her final years at the Police Department. Kris loved her job and the people she served. She especially enjoyed “Shop with a Cop,” a program that provided gifts for children. Kris was always known for her grit along with her selflessness. She always met life’s challenges with a smile. She will be missed by all who knew her.
Preceded in death by: Jesse Fowles (son)
Survived by: David Fowles (husband), Cherie and William Garrett (parents), Casey (Nicole) Fowles, Jordan (Brooke) Fowles, Mandi (Jeff) Oldroyd, Hogan (Jimena) Fowles (children), and all of her grandchildren.
The family would like to express their unwavering gratitude and appreciation towards the nurses, doctors, and staff at Millard Care and Rehabilitation Center.
Funeral Services will be held Thursday, September 23, 2021 at 11:00 AM in the Sutherland 2nd Ward Chapel. The viewings will be held Wednesday, September 22, 2021 from 6:00 to 8:00 PM and prior to the funeral from 9:30 to 10:30 AM both in the Sutherland Chapel. Interment will be in the Sutherland Cemetery under the care of Olpin Stevens Funeral Home. Online condolences can be offered at www.olpinstevensfuneralhome.com.

To order memorial trees or send flowers to the family in memory of Kristine Garrett Fowles, please visit our flower store.