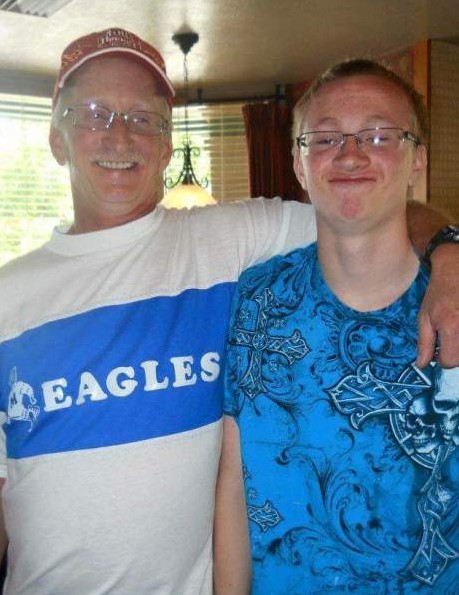 Larry served in the US Army.  Larry was dedicated to his at home work projects, and his son Dylan, to help him excel in so called life, giving him life's lessons, doing anything and everything in his power to see his son fly. The father son duo had plans for future opportunities and great envisions for each other, shared ideas, and so much more with the passed down of very specific traits of his father, the bloodline between the two can never be broke even in death. Larry was loved by all he met; he was and still will be Larry the Legend sense 1963. "RIP DAD I LOVE YOU". Never surrender

A celebration of life will be held at a later date.  Online condolences can be offered at www.olpinstevensfuneralhome.com

(PHOTO)Larry (left) and his son Dylan (Right) being goofy as always, Larry has passed down spiritual fire to Dylan.

To order memorial trees or send flowers to the family in memory of Larry Glen Wood, please visit our flower store.