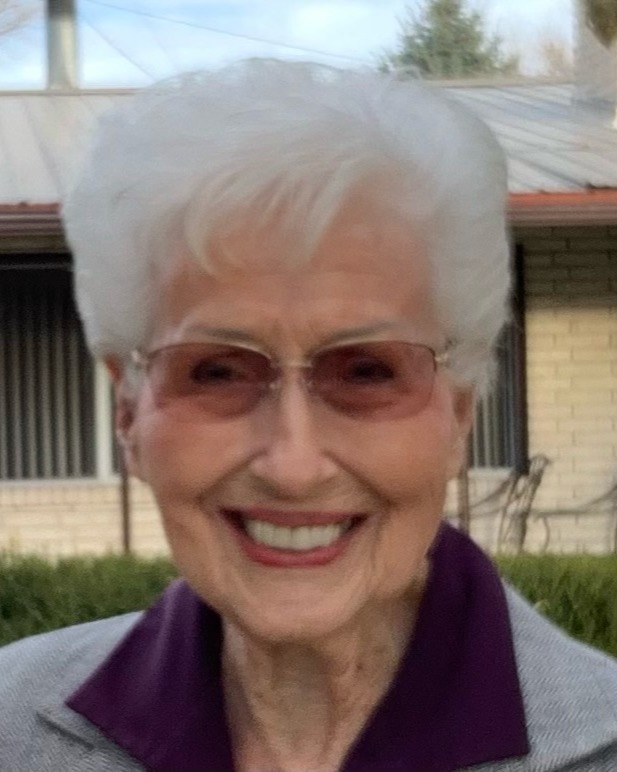 Olive LaVoy Wilcken Martin, affectionately known as Voy, age 96, passed away on November 28, 2022 of complications incident to age at Intermountain Hospital in Murray, Utah. She was born January 4, 1926 in Fillmore, Utah to John Carl Wilcken and Olive Beatrice Day. She married Cecil Max Martin for time and all eternity in the Logan LDS Temple on May 15, 1946.  Max preceded her in death on August 16, 2013.

Voy attended Brigham Young University, then worked for the Returning WWII Veteran Job Service. She also worked for Fillmore City and Baker Drug. She served as Millard County Recorder and deputy recorder and was elected as President of the Utah State County Recorders Association. She was a longtime member of Daughters of Utah Pioneers. Along with Max, she was honored as Grand Marshal of the 4th of July Parade in Fillmore. As an active member of The Church of Jesus Christ of Latter-day Saints, Voy served as choir director in her ward for many years. She also served in the MIA and as Relief Society President.

A special thanks to her many friends and ward family who lovingly watched over Voy during her later years. You are so dear to her and we will forever remember your loving service and kindness.

To order memorial trees or send flowers to the family in memory of LaVoy Martin, please visit our flower store.
Martin, LaVoy.pdf
Open