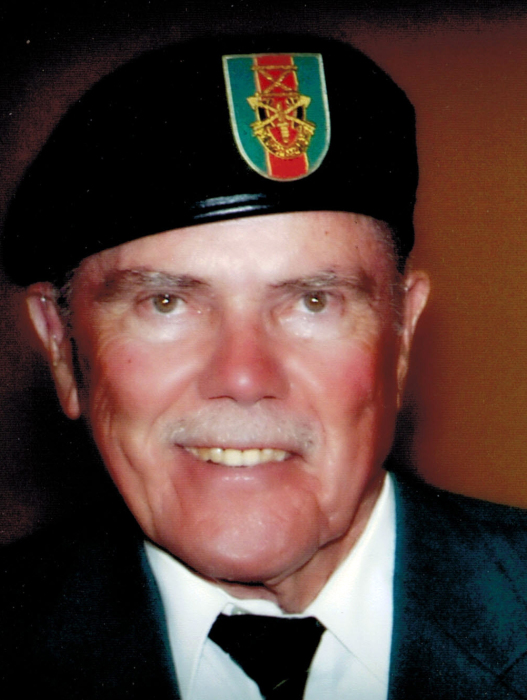 Fillmore, Utah.  After a long, hard fought battle with colon and lung cancer our hero Lewis Knox Huntsman passed away on September 12, 2016 at home with his loving family at his bedside.

Knox was the youngest of four sons born to George R. and Chlora “Toots” Lewis Huntsman on August 13, 1935 in Fillmore, Utah.

His father, George was the first commanding officer of the 222nd Field artillery company in Fillmore which was federalized to active duty service prior to WWII.  Knox turned into an army brat at the age of six.  The family spent time in several areas of California and Ft. Sill, Oklahoma.  Chlora and the boys moved back to Salt Lake City while George served on Kodiak, Alaska and in Occupied Japan.

Knox graduated from Granite High School in 1953.  He had joined the Utah National Guard at 17 and as soon as he graduated high school he went into the U.S. Army.  He served 2 years with the 82nd Airborne Division in the 504 Airborne Infantry Regiment.  He entered the University of Utah in 1955.

He married the love of his life, Josephine “Judy” Sylvia Fellows on May 30, 1956.  Together they had three wonderful children, Sylvia Lynn, Cynthia Lee, and Kendell Timothy.

While continuing his service with the Utah National Guard he volunteered and was the first jump qualified soldier in the 19th Special Forces Airborne in March 1959 when Major General Maxwell E. Rich brought the 19th to Utah.

His work career consisted of working with Hercules Powder as a test conductor responsible for firing several 3rd Stage Minuteman Missiles; Instrument Engineer on Project Pluto (1,000 Megawatt nuclear ramjet engine) with Lawrence Radiation Laboratory at the Nevada Test Site; Participated in the testing of atomic weapons with L.RL at the N.T.S. instrument Eng. With Aerojet General and Westinghouse Electric at the N.T.S. testing the NERVA 1,100 M.W. nuclear engine powered by liquied hydrogen for interplanetary space travel.  Holmes and Narver project engineer installing special instrumentation in support of the firing of a one megaton nuclear weapon on Amchitka, Alaska.

After the great experience of working with the state-of-the-art research and development, Knox turned his interests to commercial power reactions.  These nuclear projects took him and his family all around the U.S., South Korea, Japan, and Mexico.

After retiring, Knox, Judy and son Tim moved back to Knox’s home town of Fillmore, having left one daughter in Virginia and the other daughter in Idaho.  Knox & Judy became active in many community affairs; especially Post 61 of the American Legion.  Knox was very patriotic and felt honored to have served “God & Country.”  Knox was a member of the Masonic Lodge of Puson, Korea; 32° A & A Scottish Rite; Heroes of ’76; National Sojourners, Inc, chapter 114; Special Forces Asso. Chapter 70.

He was an avid golfer and played every chance he got.  The amputation of his left leg at mid-thigh didn’t stop him one bit.  Even though he had many trials in his life, he never lost his sense of humor.  He loved his family with all his heart and was so very proud of them.

He was preceded in death by his parents, three brothers: Ross, Dwight & Byron; and his daughter Cynthia.

We want to thank our family and friends for their prayers and loving support.  Thank you to Dr. Weis and all the nurses at the V.A.; Dr. Lloyd & Sonya at the Huntsman Radiology Clinic, the staff at Hanger Prosthetics and a special thank you to Dr. Brown and Hospice Nurses Debra, Judy, & Alexis.

Funeral Services will be held Saturday, September 17, 2016 at 1:00 PM at Olpin Stevens Funeral Home, Fillmore, UT.  There will be a visitation from 6:00 to 8:00 PM on Friday, September 16, 2016 at prior to the funeral from 11:00 AM to 12:30 PM both at the Olpin Stevens Funeral Home.  Interment will be in the Fillmore City Cemetery.  Military honors will be provided by The American Legion Post 61 & Utah National Guard Honor Guard.  Online condolences can be offered at www.olpinstevensfuneralhome.com.

To order memorial trees or send flowers to the family in memory of Lewis "Knox" Huntsman, please visit our flower store.