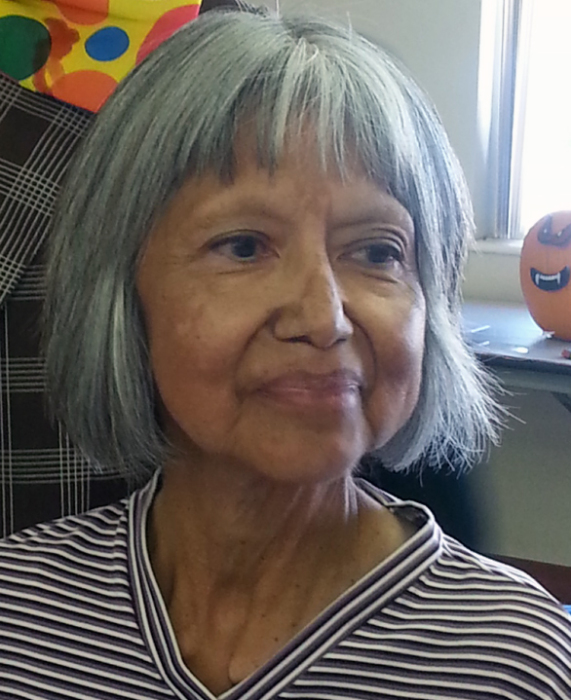 Marguerite Pikyavit Teller, 62, passed away February 25, 2017 in Cedar City, Utah.  She was born December 1, 1954 in Fillmore, Utah to McKay and Mildred Pikyavit.  She married Terry Lane and they had two daughters, Christen and Mackenzie Lane.  They later divorced. she later remarried Alex Teller, also divorced.

Marguerite was raised in Meadow, Utah.  She attended and graduated Millard High School.  She also attended Dixie College and Southern Utah University, where she obtained her teaching degree.  She was a teacher for the SUU Headstart program for many years.

She was the first tribal chairwoman for the Paiute Indian Tribe of Utah after being federally recognized in 1980.  Marguerite followed in her father’s footsteps and dedicated her life to serving the Paiute people in various positions until December 2016.

She enjoyed sewing, scrapbooking, gardening, going to powwows, spending time with her family, shopping, & she loved finding bargains.  Her greatest joy was being with her two grandsons.

She is preceded in death by her father McKay Pikyavit, her brothers and sisters:  Dwayne, Davina, McKay Ladd, Geri, Maylon, & Constance; Her grandparents Joseph and Emily Pikyavit and Nober & Viola Zuniga; also many aunts and uncles.

Funeral Services will be Wednesday, March 1, 2017 at the Kanosh Ward Chapel at 2:00 pm.   A Viewing will be held prior to the funeral from 12:00 to 1:30 pm at the Chapel.  Paiute Services will start with a dinner at 5:00 pm on the Kanosh Indian Reservation followed by an all-night sing and graveside service at sunrise on Thursday.  Interment will be at the Kanosh Indian Cemetery under the care of Olpin Stevens Funeral Home.  Online condolences can be offered at www.olpinstevensfuneralhome.com.

To order memorial trees or send flowers to the family in memory of Marguerite Pikyavit Teller, please visit our flower store.