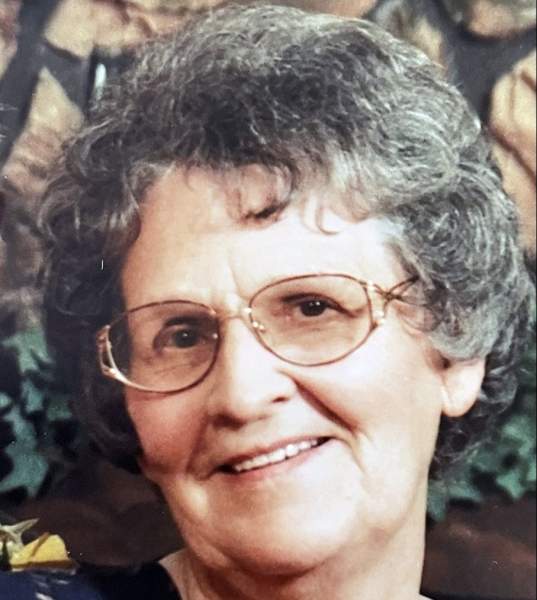 LaNon Fowles our beloved wife, mother, grandmother, sister, and friend passed away peacefully on September 11, 2021 at the home of her daughter in Las Vegas, NV.
She was born February 16, 1935 in Fillmore, UT to Melvin Rowley and Noma Hansen Rowley. LaNon was the oldest of six children.

She married her sweetheart Wm. Edward “Ted” Fowles June 20, 1952 in the Salt Lake City LDS Temple. They raised four children. LaNon loved her family and enjoyed spending time with them.

LaNon truly had a green thumb and she always had a yard full of beautiful flowers and a garden full of delicious fruits and vegetables. She’ll always be remembered for her yummy frozen raspberry jam.

LaNon and Ted went on many adventures together. They traveled from New York to California, from Alaska to Hawaii, from Canada to Mexico, and even ventured to Paris, France and London, England.

She was a faithful member of the Church of Jesus Christ of Latter Day Saints and served in many callings throughout the years. She loved being a visiting teacher and taught us all how to serve by her example.

She is survived by her children Alan[Karla]Las Vegas, NV, Teressa[Todd]Fillmore, UT, Kevin, deceased[Cheryl]St.George, UT, Tamera[Scott]Las Vegas, NV.
She leaves behind a posterity of 21 grandchildren and 49 great-grandchildren.
She was preceded in death by her husband Ted, her son Kevin, her parents, and brothers Fred and Larry.

To order memorial trees or send flowers to the family in memory of Mary LaNon Rowley Fowles, please visit our flower store.