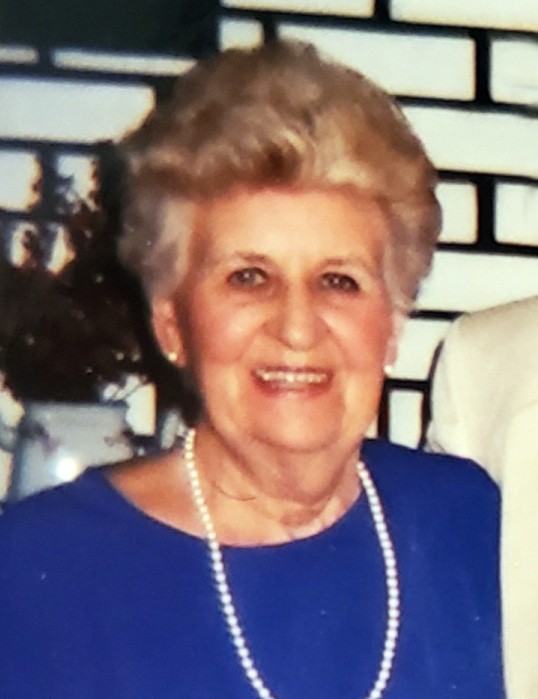 Mrs. Maxine Betty Jean Hecke Herdman, aged 96, passed away on Friday, April 30th at the Pines of Sarasota Nursing Home in Sarasota, Florida. She was the loving wife of Frank K. Herdman, who passed away in 2002.

Born in Kansas City, Kansas in 1925, to Myrtle Schweder and Theodore Hecke, Maxine enjoyed her childhood competing in regional and national trick horse competitions. Maxine also excelled in her grade school and high school courses. It was during this time she met the love of her life, Frank, and eloped with him on the eve of WW2. During the war, Maxine lived with her relations in California, where Frank joined her proceeding his service in the war. They had three children they raised together: Shannon (currently living in Kentucky), Frank Jr. (currently living in Florida), and Larry (currently living in Utah). Maxine and Frank Sr. moved from California in the late 70s to their spanish-styled home in Fillmore, Utah. Maxine and Frank Sr. in their later years dreamed of retiring to Florida. After Frank Sr. passed from a long battle with cancer in 2002, Maxine realized their dream and moved to Florida, where she’s been close to her son Frank Jr.

Maxine was a member of The Church of Jesus Christ of Latter-day Saints. She enjoyed spending time outside for walks, gardening, card games, baking, cooking, painting, and enjoyed a good movie. She will be remembered for her kindness, fearlessness, creativity, hard work, and incredible stamina for life. She always loved having family around and had a generous heart.

Maxine will be greatly missed by her family whose lives are filled with sweet memories of her life. Maxine was the best of the best.

The graveside service will be held on Saturday, May 22nd, at 1:00 PM at the Fillmore City Cemetery.  Online condolence can be offered at www.olpinstevensfuneralhome.com.

To order memorial trees or send flowers to the family in memory of Maxine Betty Jean Herdman, please visit our flower store.