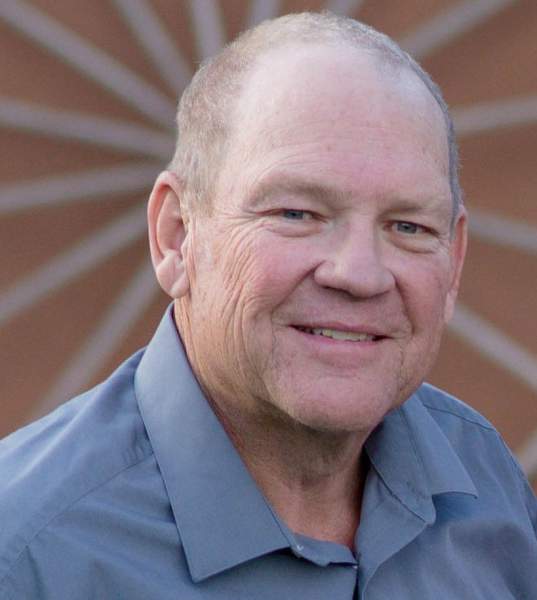 Michael LeRoy Black, born in Delta on November 16, 1954 to Ladd and Barbara (Anderson) Black, returned to the arms of his loving Heavenly Father on September 18,  2022 at his home in Sutherland surrounded by his wife and children.  He courageously endured the painful effects of liver cancer.  True to his quick wit and sense of humor, Mike said there was no need for a funeral because he was going to be off exploring black holes and looking for baby dinosaurs.

Mike grew up in Delta until the 4th grade when he and his family moved to North Ogden. They eventually settled in Orem where Mike attended and graduated from Orem High.

Mike and Crisanne were sealed for time and all eternity on September 24th, 1976 in the Manti, Utah temple. They have 4 children and 12 grandchildren whom he enjoyed and loved dearly. They began their married life in Utah County and later moved to Delta in 1987 where Mike continued his employment with Intermountain Power Plant.

He retired from IPP after 33 years. He was a hard worker and often laughed as he told stories about the practical jokes and pranks played on his co-workers. He enjoyed the good friendships and associations he made there and was blessed to have many good friends all his life.

His love for adventure was evident throughout his life on many hunting trips, recreational activities including four wheeling,  riding the side by side in the mountains, fishing, duck hunting, rock hounding, camping and road trips. His best friends Ken and Bruce, and later his sons, were often his sidekicks and they could tell many stories while laughing about getting stuck and barely making it home alive. His last adventure was a week long cruise to Alaska with his wife.

He is survived by his eternal companion, Crisanne Lillian Wright Black (Delta), children Bronson (Lyndsay) Black and their children (Gage, Elisabeth, Milo, Lucinda and Austen) of Salt Lake City, Erica (Brett) Wankier and their son Reddix of Levan, Cody (Dawn) Black and their children (Xander, Cooper, Xenya and Bentley) of South Carolina, Katie (Jay) Leithead and their children (Stella and Jack) of Spanish Fork.  Brother Kelly (Lora) Black of Orem, Sisters Kayleen Lanoy of Lehi and Barbie Black of Springville and many loved nephews, nieces, and in laws. He is preceded in death by his parents, Ladd and Barbara(Anderson) Black, brother Daniel Black and sister Shari Cuifici.

A graveside service will be held at the Delta City cemetery on Saturday, September 24th at 11 a.m.   Online condolences can be offered at www.olpinstevensfuneralhome.com.

In lieu of flowers, donations can be made to the Humanitarian Fund of the Church of Jesus Christ of Latter Day Saints or to a charity of your choosing.

To order memorial trees or send flowers to the family in memory of Michael LeRoy Black, please visit our flower store.