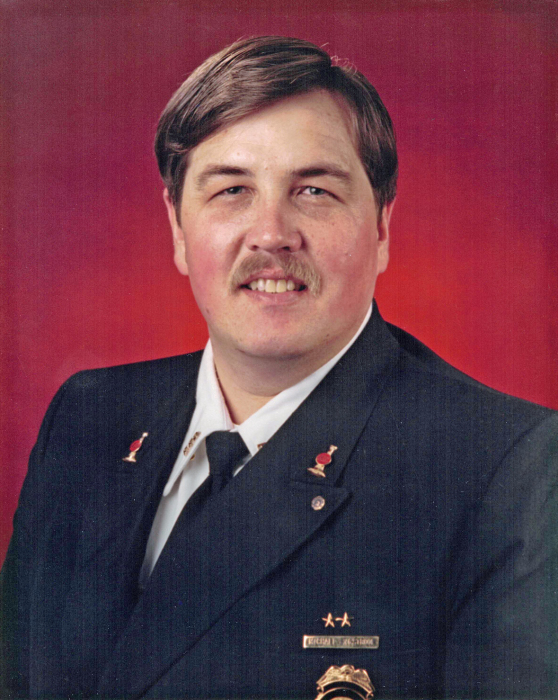 Mike grew up in San Diego, CA until his family moved to Kanosh, UT when he was 17.   He graduated from Millard High School and went on to attend Southern Utah State College.  After returning from college he met the love of his life Elena and began working at Warner Motors as a mechanic.  Mike loved his Warner Motors family but found an even greater love for serving the community as a Volunteer Fire Fighter for 26 years and 10 of those years as Fire Chief.  He was also a lifetime member of the Utah State Firemen’s Association.  He always had time to chat with anyone and everyone.  Mike had many stories he loved to share and plenty pictures of his grandkids to show off.  He had many years of automotive knowledge he enjoyed sharing with anyone that came into the parts store.

He is survived by his wife of 40 years Elena Engstrom of Fillmore; son Alex (Sara) Engstrom of Cedar City; daughter Chelsea (Gerardo) Farfan of Fillmore; brother Karl (Tamara) Engstrom of Kanosh; 2 grandchildren: Caleb Farfan and Penelope(P-Bucket) Farfan.  He is preceded in death by his Mother and Father Ona Eileen and Axel Engstrom.

A graveside service will be held Saturday, June 20, 2020 at Fillmore City Cemetery at 11:00 AM .  Arrangements are under the care of Olpin Stevens Funeral Home.  Online condolences can be offered at www.olpinstevensfuneralhome.com.

To order memorial trees or send flowers to the family in memory of Michael Edwin Engstrom, please visit our flower store.