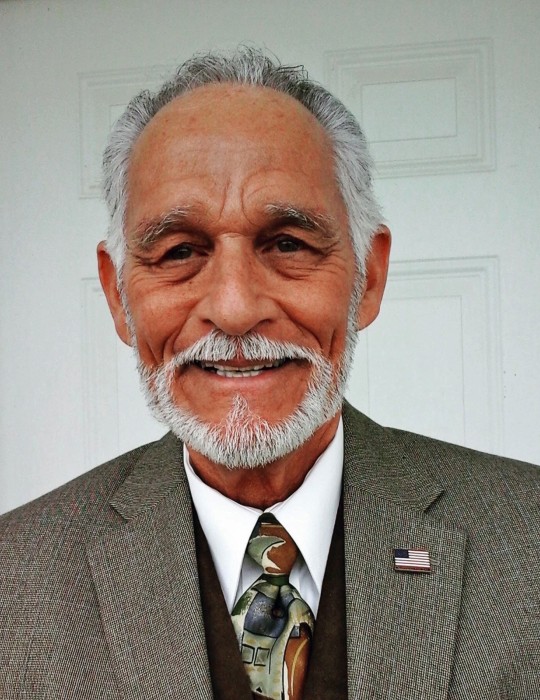 Fillmore, UT- Michael Otto Figueroa, 76, passed away Sunday, October 11, 2020, at his Fillmore Home, in the loving arms of his wife, son, daughter, and brother.  He was born December 26, 1943, in Los Angeles, California to Jessie Albert Figueroa and Elsie Lea.

He married Andrea Ashcraft-Hightower October 10, 1987, at the Fern Grotto, Kapaa, Kauai, Hawaii.  He was born and raised in East Los Angeles, California and attended Lourdes Elementary School and Cantwell High School and Cal-State San Bernardino University.  He continues his education and obtained his Master’s Degree in 1985.

He lived in Southern California until his retirement in 1994, when he moved to Seligman, Arizona to pursue his lifelong dream of becoming a Cowboy.  He moved his “ranch” to Fillmore, UT, in 2009.

Prior to completing his college education he joined the U.S. Army, where he was promoted quickly to Lieutenant, and served as a Combat infantryman in Vietnam, 1967 to 1968.  He received two Bronze Star medals for Valor and Bravery in combat

Upon his return from military service, he joined the Los Angeles County Sheriff’s Department as a Deputy Sheriff.  Several years into his law enforcement career, he transferred to the City of Riverside Police Department in California; where he rose to the rank of Deputy Chief of Police, before his retirement in 1994.

He loved to play the guitar, clarinet and harmonica.  He took up horseback riding and roping during his time in Arizona.  He was a member of several Old West Re-enactment groups and performed cowboy skits in California, Arizona and Utah.

He had a great fondness for Hawaii and travelled there with Andrea and his children on many, many trips.

His most violent dislike was onion, in any form and his greatest love was dark chocolate.  Michael was an accomplished runner for middle distance races and won too many races, trophies and medals to try and list.  He was invited to run in competitions all across the United States, and as far away as Japan.

His words and actions were inspirational to all who knew him.  While he was a mentor to so many, his children, grandchildren and great-grandchildren were his pride and joy.  Nothing gave him more pleasure than imparting bits of wisdom into their lives.

He is preceded in death by his parents and brother, James A Figueroa.

Funeral Mass will be held Thursday October 15, 2020 at 4:00 PM at the Holy Family Mission Catholic Church, in Fillmore, UT. Funeral Services will be at the Guerra & Gutierrez Mortuary (5800 E. Beverly Blvd, Los Angeles) on October 31 at 9:00 AM.  Interment will be at Resurrection Cemetery (966 Potrero Grande Dr, Monterey Park, CA) October 31, at 12:00 noon. Arrangements are under the care of Olpin Stevens Funeral Home.  Online condolences can be offered at www.olpinstevensfuneralhome.com.

To order memorial trees or send flowers to the family in memory of Michael Otto Figueroa, please visit our flower store.