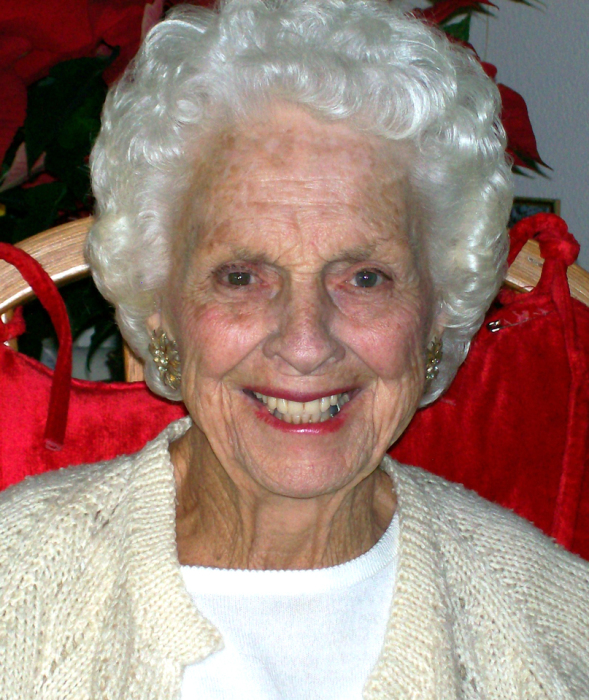 Mildred Prows Harding, age 95, beloved wife and mother, passed away quietly at her daughter’s home in Fillmore, Utah on May 15, 2017. She was surrounded by family.

She was born February 5, 1922 in Kanosh, Utah, in a log house. She lived in Kanosh most of her life. She was born in a family of six children. She was 6 years and 10 months old when her mother, Rachel LeFever, died after her baby brother William.  After her mother’s death she went to live with her grandparents, Hyrum and Annie Mae Prows. Her father, George T. Prows, later married Mable LeFever, a cousin to Rachel. They had six more children. She went to grade school in Kanosh. She graduated from Millard High School in Fillmore, Utah. She took speech and loved to do talks and readings. She also taught the FFA class how to prune and graft trees that she learned from her grandfather, on his farm.

She married Arthur Frank Harding of Magna, Utah on October 30, 1941. As teenagers they met in Kanosh while Frank was on the deer hunt. After high school she went to Salt Lake City to work. Frank found out that she was there and looked her up. He stole her heart. They were married for 61 and half years. Frank passed in 2003. Their marriage was later solemnized in the Manti LDS Temple in 2004.

Mildred went to King City, California to live with Frank’s aunt while he was in basic training. After he was shipped overseas, she returned to Kanosh to live with her elderly grandparents. She was pregnant with her first child Arthur. After WWII Frank returned to Kanosh where he and Mildred raised there family.  Mildred loved being a mother. She had four children; Art, Clyde, Pam, and Dixie. Family was very important to her. It was her greatest joy. She loved to brag about her children. She raised the boys while caring for her grandparents until they passed away. She was a good cook. She loved to bake bread. She also did canning and grew a garden. She also taught her children how to work. She worked in the motel and café that they acquired in 1950. The children also worked alongside her.  After the café closed in 1971, she worked at the sewing factory in Fillmore and Kanosh until she was 71 years old. When Frank became ill, she cared for him the last 10 years of his life. She gave service to many.

Mildred was a friend to all. She loved people. She could talk to anyone, and make them feel comfortable. She loved to make people laugh. She always had a good story to tell, or a funny poem. She was a greeter at church, and always welcomed a new neighbor.

The family would like to thank hospice in Fillmore Hospital and all involved in the care of our mother.

Funeral services will be held at Kanosh, Utah LDS chapel on May 22, 2017 at 11:00 a.m. with at viewing from 9:30 to 10:30 a.m. prior the services. Interment will be at Kanosh Cemetery under the care of Olpin Stevens Funeral Home.  Online condolence may be left at www.Olpinstevensfuneralhome.com

To order memorial trees or send flowers to the family in memory of Mildred Prows Harding, please visit our flower store.