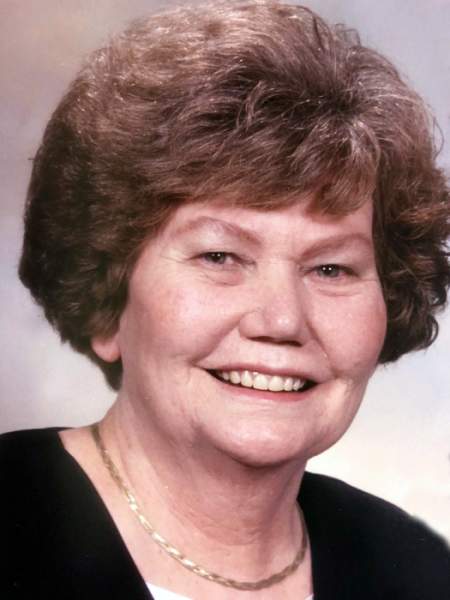 Nancy Joy Nelson passed away Tuesday, November 28, 2017 in Spanish Fork, Utah.  Nancy Joy Martell Jex Nelson was born on January 14, 1934 in Provo, Utah to Morgan Russell Martell and Allie Ann Rasmussen Martell.  On February 8, 1950 she and her sister Ann, were sealed in the Salt Lake LDS Temple to their mother and stepfather George Walter Jex.  On January 12, 1953 she was married in the Manti LDS Temple to Garry Eugene Nelson son of Dewey Odell and Edith Elizabeth Coward Nelson.

Joy graduated from Spanish Fork High School.  Joy had many talents and interests. She loved to sew. She won first prize at the Utah County Fair for clothing she had made. She sewed many clothes, costumes and pajamas for her family. She loved parades and making floats for the Fiesta Days Children Parade.  ln 1997 she sewed her family pioneer clothes and we pulled a handcart in the Fiesta Days Parade. She loved the theater and sewing costumes.  One epic moment in her life was being in Annie Get Your Gun performed by the Spanish Fork Community Theater. Another moment was when she made all the costumes for her wards "Return to Bethlehem" program.

Mom loved cats. She always had a cat and anything with a cat on it, shirts, figurines, dishes, clocks etc.  She loved music and played the Ukulele. She loved to sing “A You’re Adorable.” She taught her children and grandchildren to love music as well.  She loved her family heritage, loved American history and was a lifelong member of the Daughters of Utah Pioneers. She was a member of The Church of Jesus Christ of Latter Day Saints. She sewed in the primary for many years and later held many callings in Relief Society.

Thank you to the Staff at the Beehive Home in Spanish Fork.

To order memorial trees or send flowers to the family in memory of Nancy Joy Nelson, please visit our flower store.