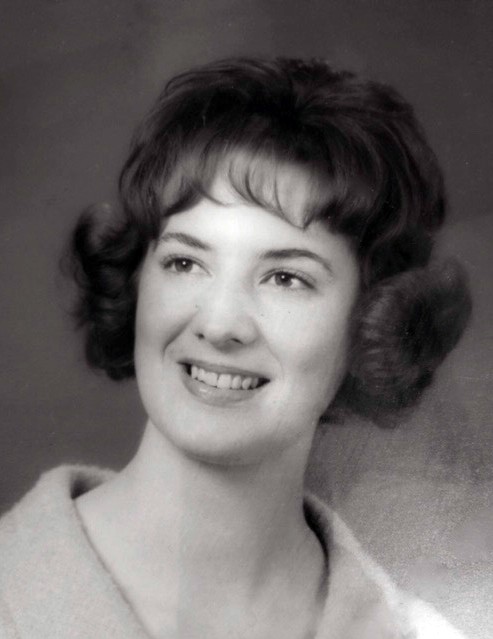 Peggy June Weed Hansen, 75, passed away November 5, 2019, at her home in Fillmore, UT from complications related to Alzheimer’s dementia.  She was born July 26, 1944, in Pocatello, ID to Alma and Emily Weed.

Peggy was raised in Fillmore, and graduated from Millard High School in 1962. Following graduation she moved to Salt Lake City to live with her sister Darlene, and worked for Deseret Pharmaceuticals and later LDS Hospital Pharmacy. During this time, she reluctantly agreed to accompany her cousin on a day trip to Hill AFB where she met the love of her life, Loren Hansen.

Following his return from Vietnam and honorable discharge from the Air Force, Loren and Peggy were married on August 31, 1965, in the Manti LDS Temple.  That same year they moved to Marysville, CA, where Loren was employed as a Yuba County Sheriff’s Deputy, and Peggy at Fremont Medical Center in Yuba City. Both later returned to Provo, UT to pursue higher education at Brigham Young University.  Following BYU, Loren and Peggy moved to Fillmore to raise a family, and ultimately settled there.

Peggy retired from Intermountain Healthcare after working at the Fillmore Clinic for 27 years.  Everyone remembers her as an extremely kind, soft-spoken, loving, generous, and loyal individual with many close friends.  Rarely, if not ever, did she think of herself before putting others first.

The family would like to extend a special thank you to Angel Hansen who devoted her time and love to caring for Peggy; the Fillmore 1st Ward Relief Society; Dr. Craig Grose and staff; Intermountain Homecare; Lynn and Judy Greenhalgh; and for Peggy’s amazing “personal care team” for providing and allowing the family to uphold her wishes and allow her to remain at home.

A graveside service will be held Saturday, November 9, 2019, at 2:00pm in the Fillmore City Cemetery under the care of Olpin Stevens Funeral Home.

God saw you getting tired and a cure was not to be, so he put His arms around you and whispered “Come to me.”  With tearful eyes we watched you as you slowly slipped away, and though we loved you dearly we couldn’t make you stay.  Your golden heart stopped beating, your tired hands put to rest.  God broke our hearts to prove to us He only takes the best. (Frances & Kathleen Coelho).

To order memorial trees or send flowers to the family in memory of Peggy June Hansen, please visit our flower store.