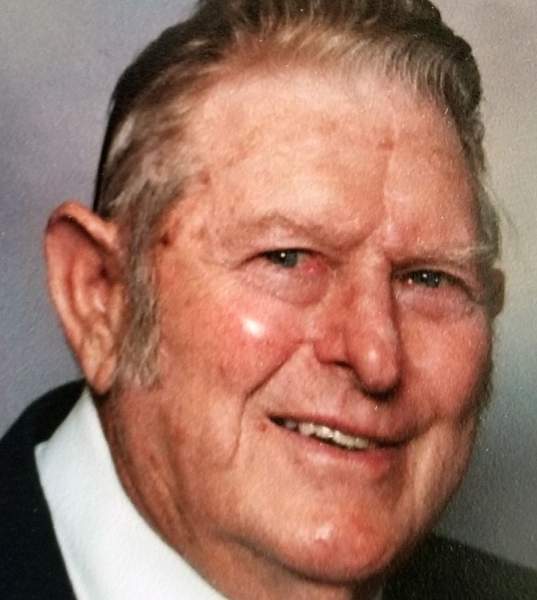 Phillip Daniel Russell, age 91, passed away Saturday, December 18th in his home. He was born on January 12, 1930, to Daniel Henry Russell and Jean Prisbrey Russell.


After graduating from Millard High School, he joined the Army National Guard with his best friends. His dad called them the “Three Musketeers” because they were always together. Their unit was called up during the Korean War, and they were shipped out. He drove a tank named the Chiquita Linda during the war, and he said there were times when it was raining that he would rather sit in it and eat C-Rations than go stand in line, in the rain for soggy food.

A few years after returning, he met the love of his life, Anna Darlene Hoopes. They were married on October 13, 1956. They had four children together. They were sealed in the Manti Temple on August 13, 1998. They loved to go camping and fishing. This was the family vacation for many years.

He loved cars and made a career out of it by joining his father in the Fillmore Garage where he worked most of his life. He loved to garden and grow tomatoes, peas, and potatoes, which were a special treat on the 4th of July.

Phil was always helping someone, whether it was fixing someone's car or helping Darlene can the food grown in the garden. He made rings for Nancy's macrame, taught Cindy how to change the tires and oil in her car, and threw a lot of balls for Toby so he could practice for little league. Cindy and Nancy could usually sweet-talk him into going over to Yuba on a Saturday or Sunday so they could swim. Of course, he did get some fishing in too.

Phil and Darlene loved deer hunting together and the meat never went to waste. Darlene loved to decorate for the holidays, and you could always find Phil out there helping to put up those decorations.

When the grandchildren started to come along, he became the best grandfather around. He hauled his first granddaughter, Amanda, all over the place to see the horses near his home. One of his favorite memories that he always retold was watching her dance on the table while camping over to Maple Grove to the song "Daddy's Girl." All the grandkids wanted to go stay for weeks at a time during the summer at grandpa and grandma’s house.

The great-grandkids started to come, and they were a joy to him also. He was especially close with his great-granddaughter Ryklynn. She lived with him at his house during his final years. He had a special place in his heart for all of his children and grandchildren. His family was everything.

He lost his sweetheart of 60 years in 2016. He missed her very much after her passing, and although we will miss him terribly, we are glad that they are reunited once again. They were a true love story.

Darlene proceeds him in death along with his parents, Daniel and Jean, his daughter Cindy, and his son Tracy. He is survived by his daughter Nancy Wight, his son Toby Russell, his grandchildren, Amanda (Cody) Garrett, Brian (Kaylee) Wight, Devin (Jessica) Russell, Christopher (Britney) Wight, Dominic (Brea) Wight, Elysha Wight, and 13 great-grandchildren. He also leaves behind his only sibling, a sister, Joan Russell (Lawrence) Abbott.

To order memorial trees or send flowers to the family in memory of Phillip Daniel Russell, please visit our flower store.
Open