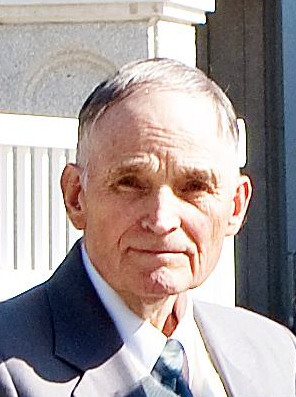 He grew up in McGill Nevada. While attending B.Y.U. he met and married Juanita May Gifford on June 11, 1953 in the Idaho Falls Temple of the Church of Jesus Christ of Latter-Day Saints located in Idaho Falls, Bonneville, Idaho. From this union they had 4 children Pennie, born in Fort Riley Geary, Kansas, Lynnette, Brian David, and Ivan Keith who were all born in Nampa, Canyon, Idaho. Together they lived in Kansas, Idaho, and Alaska before settling in Delta, Utah where they made their home for 39 years.

During his time in the army he trained German shepherds. He trained one the dogs to wake him when his superiors came by. He continued raising dogs for years after his discharge. Richard loved to take care of animals. At various times he took care of rabbits, goats, geese, chickens, cows, pigs, peacocks, and turkeys. He was a master gardener and loved sharing the fruits of his labors with friends and family. In his younger years he loved hunting and fishing. He was an avid reader and theologian who loved to study a variety of topics. He was a hard worker and an excellent provider. He enjoyed spending time with his family. He was an active member of the Church of Jesus Christ of Latter-Day Saints where he served in various capacities.

He is survived by his 4 children Pennie Henrie (John) Delta, Utah, Lynnette Tubbs (Alex) Twin Falls, Idaho, Brian Brunson (Trina) Mt. Pleasant, Utah, and Cindy Brunson, Menifee California, his sisters Lois and Jan, and brother Don, and many grandchildren and great grandchildren living in various places across the United States. He is preceded in death by his wife Juanita May Brunson, parents Fay Bell and Nellie Elizabeth Brunson, his brother Dean, and 1 great grandson.

To order memorial trees or send flowers to the family in memory of Richard Melvin Brunson, please visit our flower store.