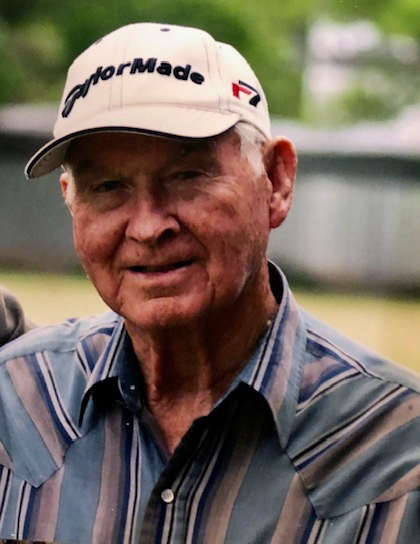 Richard George O’Neal Jr born March 1, 1927 in Okmulgee Oklahoma to Richard and Josie O’Neal passed away peacefully on November 13, 2019 in Meadow Utah.  He was 92 years old at time of passing.

After serving in the Navy and in World War II he married Frances Ellen Stewart in Meadow Utah then moved to Las Vegas NV where he worked for Nevada Power Company for 39 years.  Richard loved all sports and he played golf and bowled almost up until his passing.  He loved taking care of his beautiful yard, fixing things for others and collecting junk or in his mind precious treasures.

Funeral services will be held at the LDS church in Meadow Utah on Saturday, November 23, 2019 viewing will be from 9:30-10:30am, funeral in the chapel at 11:00am with the burial immediately following at the Meadow cemetery. Online condolences can be offered at www.olpinstevensfuneralhome.com.

To order memorial trees or send flowers to the family in memory of Richard George O'Neal Jr., please visit our flower store.